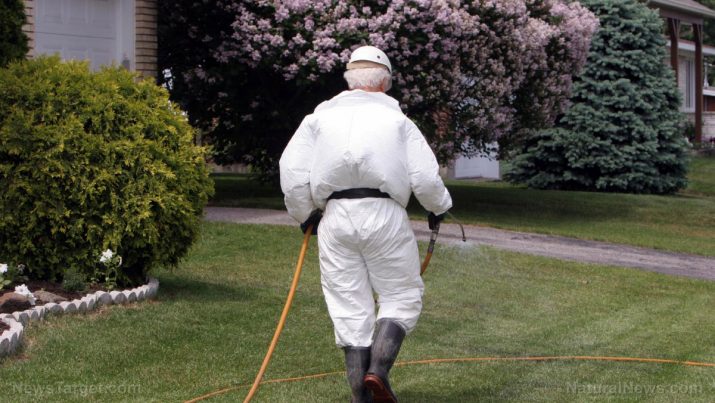 Triadimenol is a fungicide that has protective, curative and eradicant properties. It is classified as a systemic fungicide – absorbed by the roots and leaves through the xylem vessels, the tissue that distributes water around a plant.

Triadimenol is also a broad spectrum fungicide, which means it is effective against a wide range of parasites and unrelated pathogens. According to the Food and Agriculture Organization (FAO) specifications, it offers control of powdery mildews, rusts, various leaf spot diseases and Rhynchosporium in cereals. It is widely used on vegetables, ornamentals, coffee, hops, vines, fruit, tobacco, sugar cane, bananas and other crops.

The FAO specifications also add that triadimenol is used as a seed treatment, effective on bunt, smuts, Typhula blight (commonly called gray snow mold or speckled snow mold), seedling blight, leaf stripe, net blotch and other cereal diseases. It inhibits ergosterol and gibberellin, which are essential components of cellular growth and development in fungi and protozoa.

Triadimenol is registered to more than 80 countries including Australia, Canada, E.U. and U.S.A. It has the molecular formula C14H18ClN3O2. 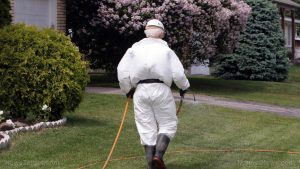 Triadimenol is considered an environmental contaminant. Any effluent containing this product should not be discharged to lakes, estuaries, ponds, streams or any body of water. Contaminated clothes may be cleaned thoroughly, but it is advised to completely discard heavily contaminated or drenched clothing items.

It is advised to use a milder alternative to triadimenol with significantly less detrimental effects on the environment, such as natural plant-based alternatives.

Exposure to triadimenol may have adverse effects on fertility or unborn children – and may likewise cause harm to breast-fed children – after tests on animal models showed incomplete bone tissue formations and enlarged fontanelle (soft spot) on fetuses of pregnant females exposed to high doses of triadimenol concentrate.

Triadimenol is a known irritant to the eyes and skin, as well as respiratory and digestive systems.

Exposure to the triadimenol mist may cause eye irritation and even corneal injury. The chemical can be absorbed by the skin if contact was made with a contaminated clothing item. It causes mild dermal irritation, but can escalate to skin eruptions in chronic exposures. Triadimenol can also enter the bloodstream through skin cuts, abrasions, or lesions.

Inhaling dust particles or mists and fumes generated by triadimenol may result in burning sensations in the throat and chest, coughing, tears, inflamed nose, dizziness, and general respiratory discomfort. Additionally, triadimenol may aggravate symptoms of respiratory diseases and conditions such as emphysema or chronic bronchitis.

Accidental ingestion may be fatal to the digestive system. It can cause nausea and vomiting, chest pain and diarrhea. Large doses of triadimenol can induce hyperventilation, low blood pressure and convulsions, as well as liver enlargement. Massive doses can cause ventricular fibrillation – a type of cardiac dysrhythmia (irregular heartbeats), followed by death.

Items that can contain triadimenol

Plants that have been doused with triadimenol can absorb the chemical through its roots and leaves, the way water is distributed. Some known applications of this fungicide is on cereals such as wheat, rye, triticale, oats, barley; beet crops; Brassicas and grapes.

According to a fact sheet by the U.S. Environmental Protection Agency (EPA), triadimenol application on foods such as apples, pears, grapes and raspberries are to be deleted (in both commercial and residential settings).

Triadimenol is a systemic, broad spectrum fungicide that is registered in more than 80 countries, including the U.S.

Triadimenol is considered an environmental contaminant.

Triadimenol can irritate the skin and eyes, and can cause respiratory and digestive discomfort.

Exposure to triadimenol may be detrimental to fertility or unborn children.