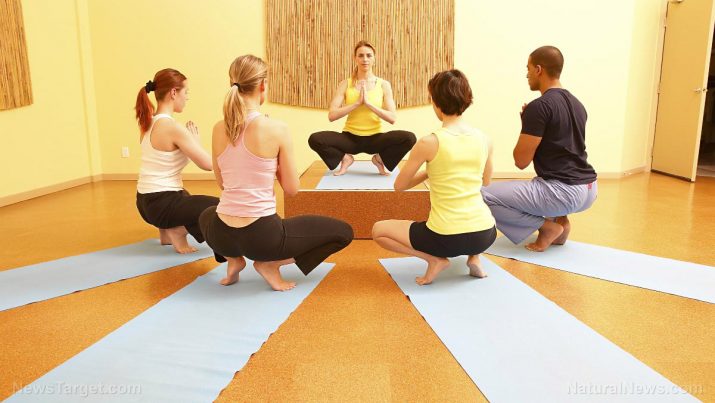 Yoga is a group of ancient physical, mental, and spiritual disciplines believed to have originated from India. The name “yoga” comes from the Sanskrit word “yuj”, which means “to unite” or “to yoke.” This is indicative of the purpose of yoga, which is to unite all aspects of an individual in order to achieve a balanced and happy life. This ties into the ultimate goal of yoga, which is moksha or freedom from ignorance.

Although there are no written records of the true progenitor of yoga, it has been practiced for thousands of years. In that time, well over a dozen types, or schools, of yoga have developed, the most well known of which are:

A typical yoga session will begin with warm-up exercise, then move into a guided series of asanas designed to tone and stretch the entire body, then will end with meditation or deep relaxation. As the class goes on, the teacher will help students control their breathing and properly align their bodies. All in all, a yoga session can last as long as 90 minutes or go for only 45 minutes. 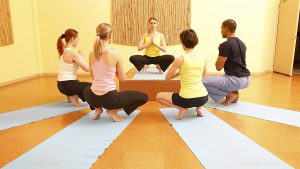 The most famous benefit of yoga is its ability to reduce stress and promote relaxation. Whether practice by itself or carried out in conjunction with other calming methods, yoga has long been known as an excellent method of lowering one’s stress levels. Numerous studies have been carried out on this particular effect of yoga, and many have discovered that the stress-alleviating quality can be attributed to the diminished secretion of cortisol. Known as the stress hormone, cortisol levels can be lessened through the practice of yoga, which can in turn lead to reduced feelings of fatigue, anxiety, and depression.

On top of its ability to lessen stress, yoga has also been found to promote better sleep. While inhibiting cortisol secretions, yoga can simultaneously encourage the production of melatonin, the hormone most known for its role in sleep and wakefulness. The more melatonin a person has in their body, the smoother their sleep experience.

Yoga can also help people deal with all kinds of chronic pains. For instance, MedicalNewsToday.com reported about an assessment on the effects of yoga on chronic neck pain. The assessment noted that a nine-week yoga intervention resulted in improvements in neck-related disabilities; moreover, these improvements were said to have lasted for at least 12 months. According to EverydayHealth.com, yoga has also been touted as an effective treatment for chronic back pain. As was demonstrated in several studies, several months of yoga bring about improved back function, while even just a week of this discipline can result in greater flexibility.

In addition to these, yoga has been said to also help with the symptoms of various other health complications, primarily:

Despite the numerous health benefits of yoga, it should still be approached with caution. If not performed correctly, yoga can cause injuries. Furthermore, the more strenuous types of yoga are not suitable for individuals with heart conditions or arthritis.

Yoga can be good for the heart overall. Various studies have shown that yoga can lower blood pressure and pulse rate, as well as decrease bad or low-density lipoprotein (LDL) by a significant margin.

Additionally, certain schools of yoga are more beneficial to particular organs and organ systems. Bikram yoga, for example, can enhance the flexibility of the muscles; Hatha yoga, on the other hand, is great for brain function as it can boost cognitive function, memory, and focus.

Yoga is the name for ancient disciplines that seek to bring together the body and mind. A great number of physical and mental health benefits have become associated with the practice of yoga and its various schools. Yoga is said to reduce stress, encourage better sleep, aid with chronic pains, and even diminish the symptoms of all kinds of diseases. In addition, yoga is good for the health of organs and organ systems like the heart, muscular system, and brain.