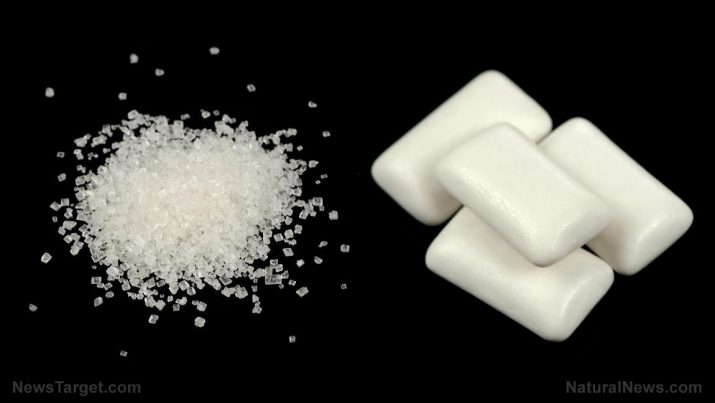 Xylitol is a low-calorie sweetener that naturally occurs in birch trees and corncobs in trace amounts. It’s categorized as a sugar alcohol, a type of sweet carbohydrate that is a hybrid between a sugar and alcohol molecule. Sugar alcohols have grown in popularity as sugar replacements, and xylitol is no exception. Xylitol has 40 percent less calories than conventional sugar and zero fructose, yet its taste and appearance is similar to that of sugar. Because of this, xylitol has become a common ingredient in sugar-free chewing gum, diabetes-friendly foods, and even oral care products.

Despite this, xylitol still has a number of health risks attached to it, particularly those that arise when too much xylitol is ingested. 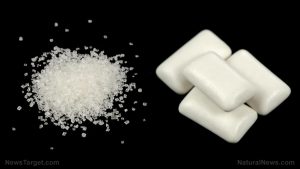 Harmful effects that can be caused by xylitol

Eating large quantities — that is, more than 40 grams a day — of xylitol can cause gastrointestinal problems, the most common of which are diarrhea and bloating. This is because the gastrointestinal tract is incapable of fully absorbing xylitol, which means that some of it gets left behind in the gut. While there, xylitol reacts to the various enzymes and chemicals being produced, in turn causing stomach upsets.

Due to this, individuals who are prone to experiencing acid reflux problems should keep away from xylitol.

As a sugar alcohol, xylitol is low in calories but not completely devoid of it. A single gram contains about 2.6 calories, so consuming great amounts of xylitol will inevitably lead to weight gain and negatively impact blood sugar levels. This makes xylitol dangerous when eaten in excess, particularly for diabetic patients. In addition, xylitol can impede the efficacy of diabetic medication.

The ones most at risk from xylitol aren’t humans, but dogs. Their bodies differ greatly from humans in that a dog’s blood sugar regulation system will mistake xylitol for real sugar once it has been absorbed into the bloodstream. The system reacts to what it believes is high blood sugar levels by releasing insulin. This then leads into low blood sugar levels or hypoglycemia, and is oftentimes fatal. Dogs that have consumed xylitol will appear disoriented, cranky, or listless. These symptoms will then quickly progress into seizures and a coma, and, if left untreated, will advance into organ failure and death. Even the smallest amounts of xylitol can bring about this effect, so keep xylitol or xylitol-containing foods away from any pet dogs. These include baked goods, protein bars, pudding, ketchup, and peanut butter.

While not a specific health risk per se, there is still one noteworthy danger associated with commercial xylitol: the fact that the majority of it is sourced from genetically-modified corn. The manufacturers that do this insist that corn extraction is cheaper and safer since no birch trees are harmed, but corn that has been genetically modified is no longer truly natural. Even the xylitol that isn’t made from genetically-modified corn has still undergone a multi-step chemical process that exposes it to chemicals and potentially heavy metals. These can linger in the body for long periods of time and cause health problems several years down the line.

Xylitol can be dangerous to the digestive system because it can encourage gut imbalance. Since xylitol can’t be broken down, it sits in the intestines intact and draws water into the bowels, resulting in a partial breakdown of xylitol. The portions that have been unmetabolized and fermented then act as a breeding ground for harmful bacteria. As such, individuals suffering from irritable bowel syndrome or sugar alcohol intolerance should avoid xylitol as much as possible.

For dogs, xylitol is dangerous to their blood and nearly all of their organs, most especially the liver.

Xylitol is a popular sweetener that has been touted as safe due to being low in calories and fructose. However, numerous health risks have been linked to it in the years since. Most notably, excessive xylitol intake can upset the digestive system and cause diarrhea, abdominal cramping, and bloating. Too much xylitol can also lead to weight gain and blood sugar problems. Moreover, the majority of xylitol is derived from genetically modified sources or made to undergo chemical processes that are anything but natural.

Diabetic patients, individuals who experience acid reflux frequently, and people with irritable bowel and sugar alcohol intolerance should avoid xylitol. Dogs are the ones who need to be kept away from xylitol the most because of its effects on their blood sugar levels.