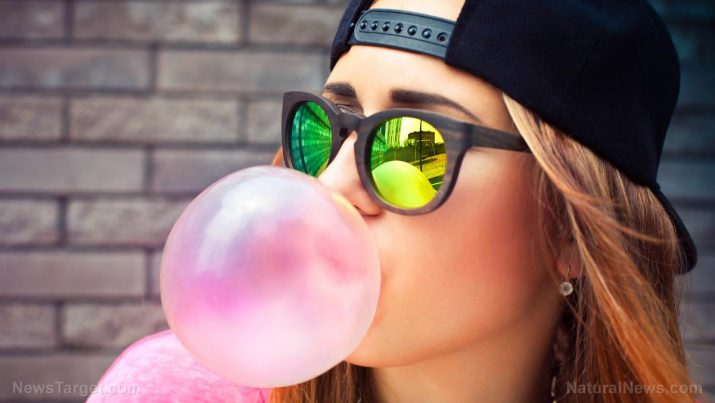 Bright, bubbly, and oh, so yummy! Xanthan gum is a common food additive found in many of your favorite items, including (but not limited to) your bubble gum. The compound, however, is less innocent than it appears, contributing to a plethora of diseases that could otherwise be avoided.

Xanthan gum is considered to be a polysaccharide because of its structure, but it is more of a bacteria than anything else. The compound is derived during the fermentation process of corn syrup and is the same strain that causes black rot on broccoli, cauliflower, and other leafy vegetables. Xanthomonas campestris – the bacteria strain from which xanthan gum is derived – is used in many dairy products and salad dressings as a thickening agent. Food manufacturers use the compound in their low-fat or no-fat dairy products to give a creamier texture.

Xanthan gum is used whenever a gel-like quality is sought.

The compound is now being used in many baked products to replace gluten. Supposedly, it is a healthier alternative although these claims have been repeatedly disproved by several medical studies. 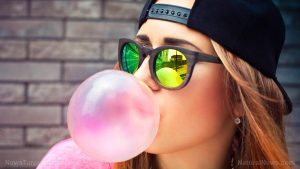 Harmful effects that can be caused by xanthan gum

Health regulatory groups have said that the compound is safe when used correctly. Nevertheless, manufacturers are not required to list the Xanthomonas bacteria during production. Reports have claimed that people may suffer from a moderate to severe allergic reaction to xanthan gum. This is characterized by hives, rashes, and having difficulties breathing.

The most common side effect of xanthan gum is gastrointestinal irritability. Many people say that the bacteria causes them to feel more bloated and often report excessive flatulence. Clinical studies have likewise suggested that excessive consumption of xanthan gum can cause severe abdominal pain accompanied by diarrhea. Immediately seek medical attention if you begin losing weight rapidly or have loose stool for more than a week.

Xanthan gum can also be bought as a powder – some people who bake their own bread, for example, may want to use this instead as a thickening agent. That being said, xanthan gum is toxic if inhaled. The bacteria can accumulate in your lungs and induce respiratory distress.

The U.S. Food and Drug Administration (FDA) has not approved xanthan gum to be “generally recognized as safe” (GRAS) but has said that doses of up to 15 grams a day should have little to no side effects.

Independent scientific research has implied that xanthan gum can cause severe allergic reactions in people, especially those who have a low tolerance for corn, soy, or wheat.

If inhaled, xanthan gum can likewise damage the respiratory system.

Xanthan gum is a popular food additive used as a thickening agent. Health groups say the compound is safe although third-party analyses have shown the bacteria to induce severe allergic reactions in people.