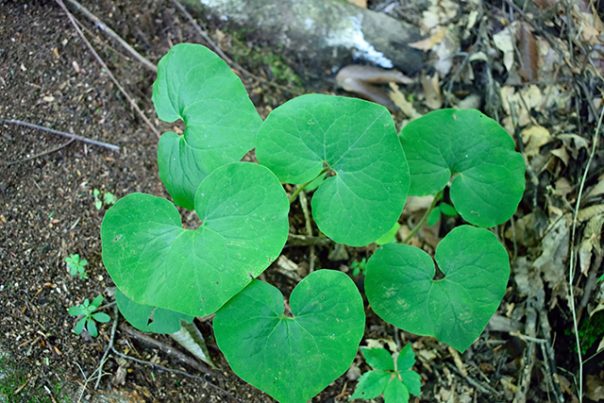 Not to be mistaken for the culinary root, wild ginger is a perennial plant that grows primarily in the shady woods of Asia and North America. You can easily distinguish the plant by its kidney-shaped (or perhaps, for the more romantic, heart-shaped) leaves which grow profusely near the ground.

Its name, most botanists believe, is derived from the scent the leaves give off when crushed. There is a spicy, ginger-like aroma which lingers on the fingertips. This is as far as the connection between wild ginger and ginger goes. This does not suggest, however, that wild ginger is not as healthful.

All parts of the plant can be used for medicinal purposes. The most common use of wild ginger is as a laxative. 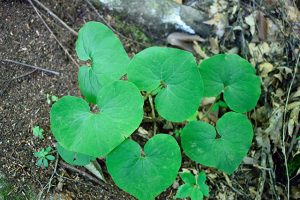 Traditional healers use the extensive root system of wild ginger to cure indigestion and stomach pains. Roots of the wild ginger are dried and boiled to promote bowel movement, ease stomach pain, and are used as an overall tonic. A decoction can also be used to treat headaches, knee pains, boils, and skin infections.

The leaves can be used as a tea substitute. Many people are repulsed by the taste, as the herb has a strong, bitter (almost antiseptic-like) flavor. However, there are some individuals who find the taste appealing. Tea made from the leaves of wild ginger act in the same way as the root does; stimulating the intestinal tract and promoting digestive health.

Some botanists use the leaves as a decoction to treat sores with.

Wild ginger is a great alternative herb for the maintenance and support of the gut. This begins from the esophagus all the way to the anus. Wild ginger shines in its function in helping the stomach.

Ways to use wild ginger

Wild ginger has a more pungent taste than the culinary ginger. Some patients say that consuming it as a tea leaves a burning sensation in their throat. While this may be discomforting for some, there are people who enjoy the sensation.

Its applications in cooking are as varied as ordinary ginger. There are recipes that candy the rhizome and others that make it into a syrup.

For the most part, wild ginger is steeped in boiling water and taken as a tea.

Wild ginger is a rhizome that is taken as a tea and used as a potent laxative.

It has a more pungent taste than culinary ginger.