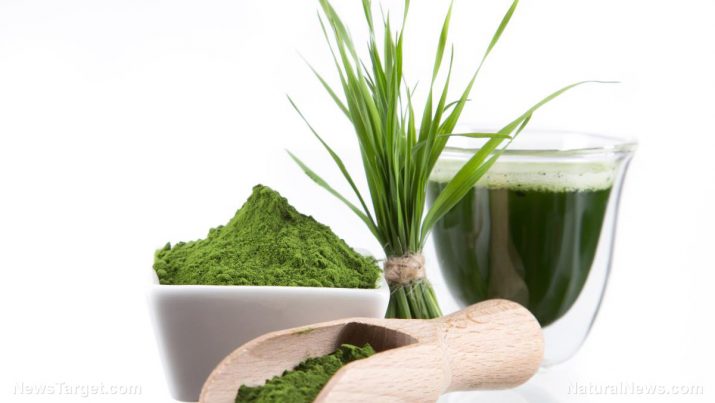 Wheatgrass, which has the scientific name Triticum aestivum, is harvested before the wheat plant turns brown. Some 5,000 years ago, the Egyptians treated the wheatgrass plant as sacred.

The Western world first started eating wheatgrass in the 1930s; incidentally, this was also the first time that people learned of wheatgrass’ plenty nutritional benefits via the experiments that were conducted by Charles Franklin Schnabel who eventually became known as the father of wheatgrass and concluded that it was more nutrient-rich than alfalfa, broccoli, and spinach. 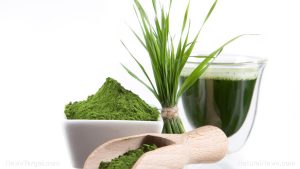 Wheatgrass is extremely healthy for you; as a matter of fact, only two ounces of the herb already has all of the nutrients that are present in four pounds of organic vegetables. It has been proven that wheatgrass consumption contributed to overall beauty and wellness and increased energy levels.

Wheatgrass can address bowel and gastro-related problems as the fiber present in this herb can help prevent constipation, rejuvenate metabolic processes, and improve digestion. Also, because wheatgrass has a rich fiber content, it promotes weight loss.

Wheatgrass can guard against premature aging as it defends you from harmful carcinogens and free radicals. It helps fight certain cancers and slightly alleviate the plight of cancer patients, especially those who have liver, colon, stomach, and other types of gastrointestinal cancers.

Wheatgrass maintains the cleanliness of the liver. It can also be used to treat arthritis, as a 2012 study that was published in the International Journal of Pharmaceutical Sciences and Drug Research showed.

Wheatgrass can also ease lung deformities that have been caused by breathing acid gases such as carbon monoxide. Chlorophyll stimulates hemoglobin production which minimizes the effects of carbon monoxide in the body.

Wheatgrass can also lower blood pressure and improve capillary function. It can also increase red blood cell production, which is a good step towards an improved immune system, says nutritionist Carina Parikh. As a matter of fact, a 2004 study that was published in Indian Pediatrics showed that wheatgrass can lower the need for blood transfusions.

Wheatgrass can also enhance libido. Its high magnesium content enriches enzymes that control the proper function of sex hormones. Also, when you have a deficiency in magnesium, your body tends to crave sugar. Ingesting wheatgrass can reduce your food cravings, according to nutritionist Caroline Pearce.

Wheatgrass consumption also does wonders for your nails.

If your feminine area is experiencing itchiness and discomfort, you can use wheatgrass juice as a douche to alleviate your symptoms. Body odor is also reduced in people who have a daily diet of wheatgrass. Menstrual pain is also alleviated with the consumption of wheatgrass.

Research scientist E. Bircher said chlorophyll, which wheatgrass is 70 percent made of, is “concentrated sun power”, and that it “increases the function of the heart, affects the vascular system, the intestines, the uterus, and the lungs”.

Wheatgrass – in liquid form – can detoxify the body. Drinking wheatgrass juice can remove toxins in the lymph nodes and mucus and drugs in the body, thus ensuring a healthy and disease-free body by curing colds, flu, and clogged sinuses.

Wheatgrass, which has alkaline properties, helps maintain the acidity and pH levels of the body. It also has anti-inflammation properties that can help reduce joint pain.

Ways to use wheatgrass

Aside from being a delectable juice treat, wheatgrass can also serve as air purifier. Use it to renew the circulation of air in your office or place it near your bed so that it can provide a relaxing atmosphere that is conducive for a good night’s sleep.

Wheatgrass consumption does wonders for your nails.

Wheatgrass can detoxify the body.

Wheatgrass, which has alkaline properties, helps maintain the acidity and pH levels of the body.