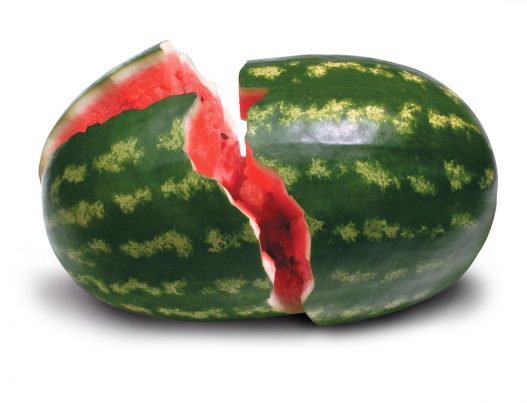 Watermelons (Citrullus lanatus) is a fruit from the Cucurbitaceae family that is widely grown in tropical countries as a major commercial fruit crop. They are believed to have originated from Africa, with evidence suggesting that ancient Egyptians were the first to cultivate this edible fruit. Though watermelons can be bland in taste, the prevailing theory is that they were grown for their high water content: 92 percent, to be exact. 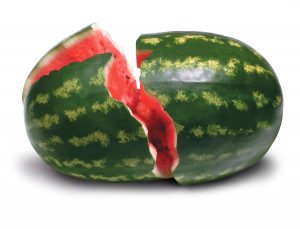 Watermelons are a first-rate source of the carotenoid lycopene, even more so than tomatoes. While 100 g of raw tomatoes will yield 2573 micrograms, the same amount of watermelons will provide 4532 micrograms of this potent antioxidant. Lycopene has anti-inflammatory, anti-cancer, and pain-inhibiting properties, and can protect the body from the effects of free radicals.

Nutritionally, watermelons have more to offer than lycopene, and these minerals, vitamins, and phytonutrients include:

With their impressive water content and abundance of important electrolytes, watermelons can satisfy excessive thirst and minimize the likelihood of heat stroke. Furthermore, watermelons are effective in reducing both body temperature and blood pressure. The edible rind is equally effective in preventing dehydration.

Regular consumption of watermelons can bring about other benefits. Chief among these are the prevention and reduction of:

Watermelons are an excellent natural diuretic; even the seeds possess diuretic qualities. As such, watermelons are great foods for maintaining a healthy urinary system and bladder.

The health benefits of watermelons extend to other parts of the body, particularly:

Ways to use watermelons

Fresh watermelons can be eaten as is without any seasonings. The seeds and the rind can be consumed as well. Watermelon seeds can be roasted and eaten as a snack while watermelon rinds can be pickled or turned into jam.

Watermelons are a fruit closely associated with warmer weather, so there are many summer recipes that make use of their hydrating quality. Feel free to use watermelons in salads, smoothies, and frozen pops.

As an added benefit, watermelons have plenty of fiber but few calories, and are a popular diet food because of this. People who are trying to lose weight can eat watermelons with little worry.

Thanks to their antioxidants, watermelons can act as an average anticoagulant and antibacterial agent.

The L-citrulline contained in watermelons can greatly reduce muscle soreness and boost recovery time. Besides the muscles, this amino acid can aid the heart by acting as a vasodilator and lowering blood pressure.

A cup of watermelons can provide 18 percent of the recommended daily intake of vitamin A, a mineral that necessary for healthy hair and skin. In addition to keeping up skin elasticity, watermelons can also encourage quicker wound healing due to the high amounts of vitamin C.

The lycopene and vitamin A in watermelons can protect the eyes from oxidative damage and inflammation, which in turn can greatly reduce the chances of acquiring macular degeneration.

Fiber and water are needed for a healthy digestive system, and watermelons have both. Consuming adequate amounts of watermelon can lead to normal, healthy bowel movements.