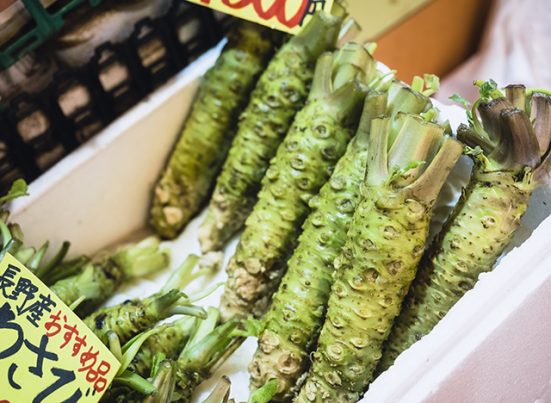 The spicy wasabi, also known as Japanese horseradish, is a root vegetable that belongs to the same plant family as mustard, cabbage, and cauliflower. The root vegetable is highly regarded for its many health benefits, and was once traditionally grown along streams and in moist, shady areas in Japan. However, as commercialization set in, wasabi has been grown in similar regions in the U.S. When grated, authentic wasabi produces light green, roughly textured paste that is more potent and healthier compared with commercially prepared wasabi. 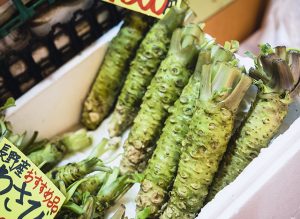 The popular Japanese flavoring offers more benefits than being a sushi paste. According to an article in Nutrition-and-You.com, wasabi contains essential nutrients that stave off a host of diseases. These include:

Wasabi is known to contain glucosinolates called isothiocyanates, which are helpful in ridding the body of free radicals. Previous studies have found that a certain form of isothiocyanate called 6-MITC mitigated the proliferation of  leukemia and stomach cancer cells. The 6-MITC is also found to have a similar effect against breast cancer and melanoma cells. Wasabi is also known to inhibit tumor growth.

Likewise, the isothiocyanates in wasabi are found to contain anti-hypercholesterolemic properties that effectively curbed cholesterol levels. The same compounds are touted to prevent platelet aggregation that often leads to thrombosis. This means that wasabi is highly effective in staving off cardiovascular diseases including strokes and heart attacks.

Wasabi also releases allyl isothiocyanates that positively impacts the nasal passages and sinuses. The release of these compounds, characterized by the strong smell and sensation after wasabi, may actually inhibit the proliferation of respiratory tract pathogens that often lead to influenza and pneumonia. Likewise, the isothiocyanates in wasabi are known to reduce joint, ligament, and muscle inflammation. The root vegetable is also found to lower the odds of developing osteoporosis.

In addition, wasabi is known to contain natural antibacterial properties that fend off infections. In fact, the root vegetable is found to effectively mitigate E. coli and Staphylococcus aureus infections.

Wasabi is significantly beneficial to the heart and the circulatory system. The root vegetable also supports the nasal passages and the respiratory system. Likewise, wasabi is essential in maintaining bone health and muscle health. Wasabi is a potent booster for the immune system as well.

Ways to use wasabi

Despite being spicy, wasabi is widely used as a flavoring for various dishes including soups, salads, sauces and sides for roasts. The root vegetable can also be incorporated in many other recipes, as seen in an article published on CheatSheet.com.

Wasabi benefits the heart and the circulatory, respiratory, and immune systems.