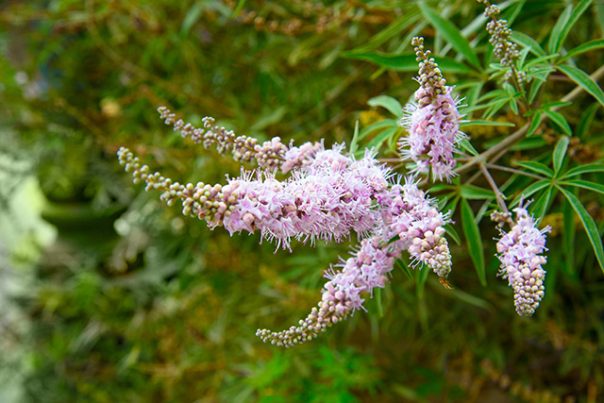 Vitex, which has the scientific name Vitex agnus-castus, has long been famous for its beneficial effects to the female reproductive system. For instance, Greek physician Hippocrates, fellow Greek physician, pharmacologist, and botanist Pedanius Dioscorides, and Greek plant biologist Theophrastus all said vitex can be used to treat hemorrhage after childbirth and to assist with the “passing of the afterbirth”.

Up to now, vitex is still grown in large quantities due to the intact herbal culture in Germany and other parts of Europe. 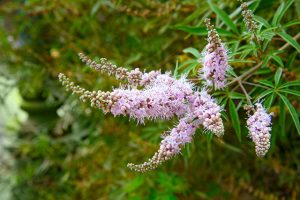 Vitex is said to treat migraines, especially hemicrania, which is a kind of chronic daily headache disorder. It is also good for minor headaches and nausea.

Animal studies suggest that vitex has anti-androgenic effects; researchers found out that when vitex was administered to male dogs, the latter parts of their spermatogenesis were disrupted.

Vitex has diaphoretic properties. It can stimulate perspiration so as to facilitate the regular removal of toxins in the body.

Vitex is good for the female reproductive system. It can be used to treat certain cases of amenorrhea (regular absence of monthly periods), dysmenorrhea (abdominal pain during menstruation), and menorrhagia (excessive bleeding during menstruation). It is also said to treat female infertility and lessen instances of miscarriage by increasing the female body’s progesterone levels. It can also stave off menopausal disorders such as hot flashes and decrease in bone density.

It normalizes hormones in women, especially during the course of their monthly cycle. In fact, a study that was done in London resulted in a 60 percent elimination of premenstrual syndrome symptoms such as anxiety, insomnia, mood changes, or nervous tension.

Vitex also regulates the secretion of prolactin, which is the protein that enables mammals to produce milk. It also lessens breast tenderness in women.

Vitex can be used as a treatment against endometriosis, which is a condition that happens when the tissue that lines the uterus grows outside of it, causing severe pain during periods and possible fertility problems. Ingesting vitex can also help prevent the foramtion of uterine cysts.

Vitex is good for the respiratory system. It can alleviate symptoms of catarrh, or the excessive mucus discharge or buildup in the nose and throat, which is likely due to inflammation of the mucous membrane.

Vitex is good for the digestive system. It addresses gastrointestinal concerns such as diarrhea and dyspepsia.

Vitex is good for the male reproductive system. As a natural hormone-balancer, it can be employed as an anti-androgen and thereby lower testosterone hormone ranges and prevent the onset of prostate cancer.

Ways to use vitex

You can use vitex in powdered form to make smoothies or tea. When taken in large amounts, vitex can be said to reduce sexual drive in women, as is what its moniker “chasteberry” implies.

However, women who use hormonal contraceptives or birth control pills or people who use anti-psychotic drugs, medicines for Parkinson’s disease, or medicines that affect the pituitary gland, should not take vitex in any form.

Vitex regulates the secretion of prolactin, which is the protein that enables mammals to produce milk.

Vitex is good for the digestive and respiratory systems.