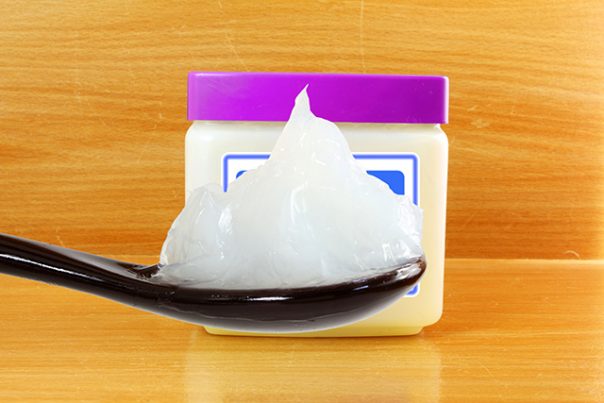 Vaseline, also known as petroleum jelly or petrolatum, is a semi-solid mixture of saturated, paraffinic hydrocarbons obtained from petroleum, a naturally occurring, yellow-to-black liquid found in various parts of the world. It was discovered in 1859 in Titusville, Pa., by American chemist Robert Chesebrough, who came to learn of Vaseline’s uses by observing oil rig workers using a gooey jelly on their wounds and burns. The name “Vaseline” is believed to be derived from the German word “wasser”, which means “water”, and the Greek word “elaía”, which means “oil”.

Because Vaseline can encourage the skin to heal faster and better retain moisture, it’s been used as a primary ingredient in skin care products, eye lubricant ointments, and its own product. 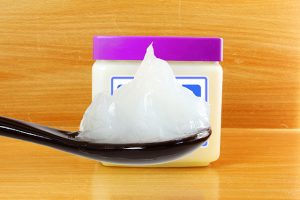 Harmful effects that can be caused by Vaseline

While originally widely marketed as a skin care product, research has shown that Vaseline has the potential to harm the skin instead of caring for it. For one, Vaseline has been found to suffocate the skin by increasing the absorption rate of chemicals found in personal care products into the bloodstream, which then decreases the amount of oxygen absorbed by the skin. For another, Vaseline can interfere with the body’s natural moisturizing mechanisms, leading to dry and chapped skin. Moreover, using Vaseline on skin that hasn’t been dried or cleaned properly can result in fungal or bacterial infections, particularly if the Vaseline is taken from a contaminated jar.

Certain individuals are sensitive to petroleum-based products like Vaseline and may develop allergies with regular use. As with many products, one should always look out for any adverse reactions to Vaseline to determine whether or not they are sensitive to it.

Vaseline is intended solely for external applications. Consuming a large amount of petroleum jelly products can result in shortness of breath, throat irritation, coughing, abdominal pain, and diarrhea. Additionally, Vaseline can irritate the eyes and nose if used on these body parts.

Vaseline can be harmful to the skin, respiratory system, and vagina. The latter body system and part are at risk if Vaseline is not utilized for its intended application, while the skin is most susceptible to the negative impacts of Vaseline if it hasn’t been cleaned or dried, or if Vaseline is used frequently and liberally.

Vaseline is a skin care product that can actually harm the skin by suffocating it and disrupting its natural moisturizing mechanisms. Moreover, Vaseline use can lead to fungal or bacterial infections on skin that hasn’t been dried or cleaned.

Applying Vaseline around the nose area can increase the chances of developing aspiration pneumonia, while vaginal use of Vaseline can lead to bacterial vaginosis.

Consumption of Vaseline can cause various respiratory and digestive problems such as diarrhea and shortness of breath. In addition, Vaseline can irritate the eyes and nose.