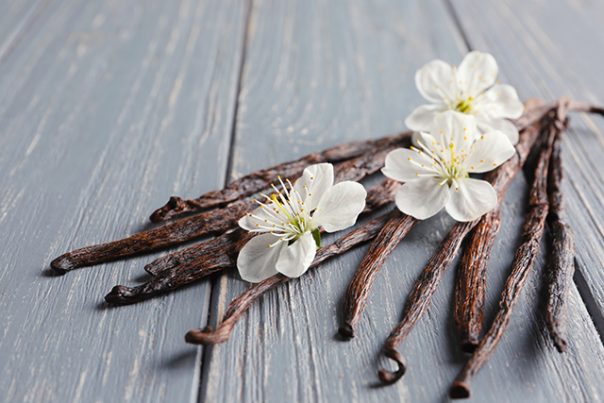 Vanilla beans are the fragrant pods that grow from a tropical climbing plant that belongs to the same family as orchids. The popular superfood is native to Central America, and was first used by the Mayans as a flavoring agent to chocolate drinks prior to Spanish exploration in 1520. According to an article on the Diet Health Club website, both the Mayan and Aztec civilizations have long recognized the health benefits of vanilla and used its pods in a variety of medicinal concoctions and drinks. 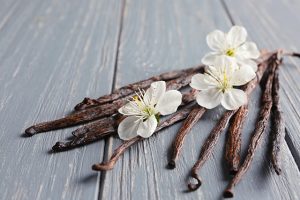 Vanilla is among the most useful spices known today. The superfood’s many health benefits are largely due to the essential vitamins and minerals it contained.

Vanilla has been valued for centuries for its healing properties and anti-inflammatory effects. The high antioxidant levels in vanilla are known to prevent cellular breakdown and promote natural regrowth in the body. Likewise, its antibacterial properties are found to reduce stress and fortify the immune system, thus facilitating recovery from injuries or illnesses. Similarly, its anti-inflammatory properties are touted to relieve inflammation in the body, particularly in the liver. Vanillin, an important compound found in vanilla, is known to sooth arthritis, gout, and other inflammatory conditions.

The same compound is touted to reduce the body’s cholesterol levels. This makes vanilla an important food fare for people at risk of heart attacks and strokes. The spice’s cholesterol-lowering effect may also stave off blood clots, atherosclerosis and inflammation in the arteries. Aside from this, vanillin also contains potent antioxidant properties that counter the harmful effects of free radicals and reduce the risk of cancer.

Vanilla is also known to optimize the body’s digestive functions. The spice’s aroma is used to address nausea, while vanilla-infused teas are touted to alleviate intestinal inflammation and stave off vomiting, diarrhea, cramps and stomach upset. The superfood is known to induce weight loss as well. Vanilla contains appetite-suppressing properties that promote satiety. Besides this, the plant’s cholesterol-lowering effects help boost the body’s metabolism and induce healthy weight loss.

In addition, vanilla is found to contain anesthetic properties that coat the throat and help relieve a number of respiratory diseases including cough, cold, or respiratory infection. Likewise, the superfood’s antibacterial properties are known to rid the body of underlying infection or illnesses. Likewise, the use of vanilla extracts in aromatherapy may help ease anxiety, chronic stress, and even claustrophobia.

Moreover, vanilla extracts are found to help regulate menstruation and address irregular monthly periods. Aside from this, the use of vanilla in aroma therapy is known to address impotence and boost testosterone levels in men. Additionally, the antibacterial and antioxidant properties of vanilla are found to combat various skin disorders such as acne, and help facilitate hair growth.

Vanilla is especially beneficial to the immune, digestive, and cardiovascular systems. The plant also benefits the nervous, respiratory, and skeletal systems, as well as the male and female reproductive systems.

Ways to use vanilla

Vanilla is primarily used as a flavoring to a variety of baked goods including cakes, cookies, pies and tarts. The popular spice is also a staple in coolers such as ice cream and smoothies. In addition, vanilla can be used in a variety of preserves such as jams. An article posted on the Huffington Post website has curated a number of interesting vanilla recipes across the web.

Vanilla benefits both the male and female reproductive systems.