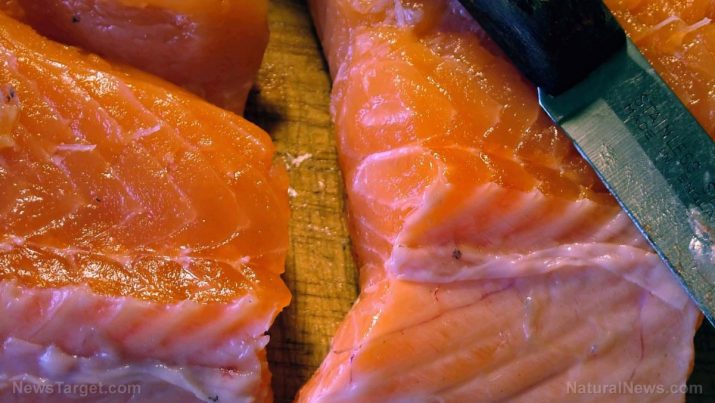 Transglutaminase’s brand name is Activa, which is manufactured by Japanese food and chemical maker Ajinomoto Co., maker of the neurotoxins aspartame and monosodium glutamate (MSG).

The different types of transglutaminase are:

Transglutaminase is manufactured through the cultivation of bacteria, while others are produced from the blood clots of cows and pigs, specifically the coagulant that makes blood clot. Usually known as a “meat glue”, transglutaminase form cross-linked, insoluble protein polymers that essentially act like superglue when sprinkled on a protein such as beef, joining the pieces together with almost invisible seams. The glue-filled meat is then bundled up in plastic film, and then refrigerated afterwards.

This is generally bad market practice as it tends to mislead consumers into thinking that they’re buying a prime cut when in fact they’re spending their hard-earned cash for something that has been glued together. 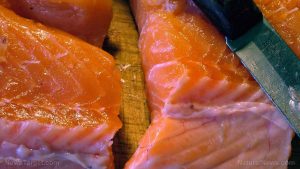 People who have gluten problems and who happen to have the misfortune of ingesting meat treated with transglutaminase are in for deep trouble, for transglutaminase acts as an auto-antigen, which means it can trigger an autoimmune reaction.

Transglutaminase is bad for the nervous system. It aggravates the condition of people who already have neural illnesses such as Alzheimer’s, Parkinson’s, and Huntington’s, which is a fatal genetic disorder that causes the breakdown of nerve cells in the brain.

Transglutaminase is bad for the ocular system. It can induce the development of cataracts in the eyes.

Transglutaminase is bad for the cardiovascular system. Overindulgence of it can cause the onset of atherosclerosis.

Items that can contain transglutaminase

Transglutaminase is usually found in cosmetics and personal skin care products as a binder and a skin conditioning agent. It is said to treat irritation when incorporated in topical creams by soothing acne, moisturizing dry and aging skin, and preventing the growth of wrinkles.

It is also used as an ingredient in foods to make them creamier (milk and yogurts) and to bind them (sausages and hot dogs). One of the main reasons that the meat industry uses meat glue enzymes, such as transglutaminase, to bind meat is because  “restructured meat can be made from underutilized portions of the carcasses”. This means that you can add five percent of extenders to beef, and no one would notice. This is a dangerous practice, though, because it opens up the “risk that otherwise discarded leftovers of questionable microbial quality could find their way into the reconstituted meat”.

A microscope observation can show the presence of Escherichia coli 0157:H7 along the glue lines where meat pieces were enzymatically connected, meaning that the restructuring process can transfer fecal matter surface contamination.

A recent report states that the bacterial contamination of a glued steak is 100 times higher than a solid piece of steak.

How to avoid transglutaminase

Although it is simply so fulfilling to eat a steak that has been cooked rare, if you’re not sure where your meat has come from, opt to have it well-done, as this lessens the risks of your contracting food poisoning. Also, watch out for low prices when buying steak – if a restaurant is selling a Surf and Turf for just $8.99, you know it’s probably made of meat scraps.

Transglutaminase is bad for the nervous, cardiovascular, and ocular systems.

Transglutaminase is usually found in cosmetics and personal skin care products as a binder and a skin conditioning agent.

Transglutaminase can cause food poisoning.