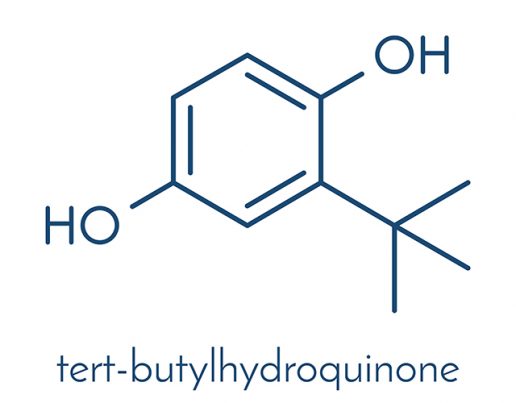 Tert-butylhydroquinone or TBHQ is a petroleum-based antioxidant that belongs to the same chemical make up as butane. An entry published on the open chemistry database Pub Chem has noted that the chemical is a white to light tan crystalline powder or a fine beige powder that is characterized by its slightly aromatic scent. The compound is commonly used as a preservative to prevent the onset of rancidity, especially in fast food items. The chemical is also usually added to high-fat prepackaged and processed foods for the same reason.

According to an article posted on the Is It Bad For You website, certain household names such as McDonalds and Chick-fil-A use the chemical in their products such as fries and chicken nuggets. Taco Bell is also found to use the compound in their beans. Likewise, a wide variety of ramen noodles, baby products and frozen meals as well as some popcorn brands and pop-tarts are known to contain the harmful preservative. 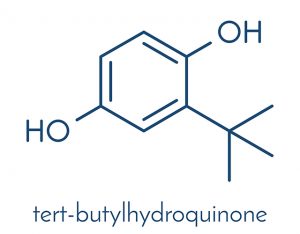 Harmful effects that can be caused by tert-butylhydroquinone

An article published on the Healthfully website has revealed that consuming up to five grams of TBHQ can be fatal to the body’s overall health. Data from various animal studies have revealed that TBHQ exposure is associated with the onset of DNA damage and cancerous precursors in the stomach. A 2008 study has also shown that TBHQ consumption can make cancer cells resistant to chemotherapy agents. Likewise, a 2014 study has found that the harmful food preservative can cause DNA fragmentation and induce damage to both human lung and umbilical cells.

An entry posted on the Health Line website has also cited a research carried out by the National Library of Medicine (NLM), which has demonstrated that exposure to the hazardous food preservative may cause vision disturbances in humans. Likewise, the NLM study has shown that the toxic chemical may trigger liver enlargement, neurotoxic effects, convulsions and paralysis in animal models.

The harmful substance is also notoriously associated with a plethora of behavioral and psychological conditions including delirium, anxiety, restlessness and aggravated attention deficit hyperactivity disorder or ADHD. According to experts, people who have a preexisting psychological or behavioral disorder should avoid eating foods containing the preservative.

The toxic food preservative is also known to negatively affect other important parts of the body. Long-term exposure to the harmful substance is found to trigger the onset of arthritis. Likewise, it is also shown to be detrimental to the respiratory tract and induce asthma and rhinitis. Consuming the hazardous food additive in high doses could also result in digestive issues such as nausea and vomiting, and may even lead to ringing in the ears and collapse. The compound is found to trigger dermatitis as well.

Tert-butylhydroquinone appears to primarily target the brain and the central nervous system. The chemical is also found to negatively affect eye health. In addition, the hazardous substance is highly toxic to the bones, the respiratory tract and the digestive system. Exposure to the harmful chemical may induce skin problems as well.

Tert-butylhydroquinone may cause DNA damage, cancer and vision disturbances.

Tert-butylhydroquinone  may raise the odds of arthritis, dermatitis, asthma and rhinitis.

Tert-butylhydroquinone may induce nausea, vomiting, ringing in the ears and collapse.

Tert-butylhydroquinone primarily targets the brain and the central nervous system.

Tert-butylhydroquinone negatively affects the eyes, the bones and the respiratory tract.

Tert-butylhydroquinone is detrimental to both the skin and the digestive tract.