Swine Flu – causes, side effects and treatments at NaturalPedia.com 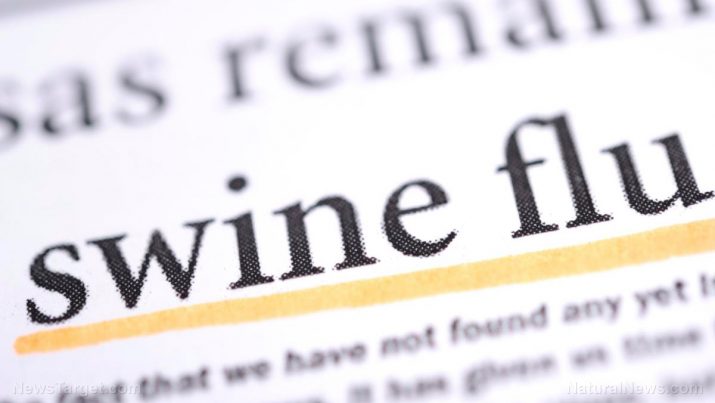 Swine flu is a disease of pigs that can be transmitted to humans in rare cases. It is a highly contagious respiratory disease caused by one of the many influenza A viruses. The disease is spread among pigs by direct and indirect contact, aerosols, and from pigs that are infected but do not have symptoms. Most commonly, swine flu is the H1N1 influenza subtype. Nevertheless, swine flu viruses can sometimes come from other subtypes, such as H1N2, H3N1, and H3N2.

In 2009, there was an outbreak of swine flu that infected humans. The swine flu virus was an H1N1 subtype. Although it developed in swine, the 2009 pandemic virus was not entirely derived from swine. The virus contains a combination of flu genes from bird, swine, and human flu types. The pandemic was declared over in August 2010 by the World Health Organization (WHO).

Swine flu was common in children five years and older and young adults when it first emerged. The greatest risk of getting the virus is spending time in an area with a large number of people who are infected with swine flu. Some people are at higher risk of becoming seriously ill if they get infected with swine flu. These groups include adults over age 65, children below five years old, young adults and children below 19 years old who are receiving long-term aspirin therapy, people with a weakened immune system, pregnant women, and people with chronic illnesses. 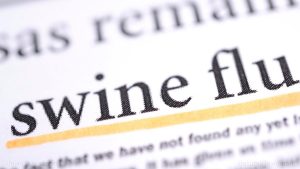 The signs of swine flu include chills, fever, coughing, sore throat, runny or stuffy nose, body aches, fatigue, diarrhea, and nausea and vomiting. In some cases, swine flu can cause complications, such as worsening of chronic conditions, pneumonia, neurological signs and symptoms, and respiratory failure.

The body systems harmed by swine flu include the respiratory and immune systems.

List of foods or nutrients that prevent swine flu

Herbal remedies for swine flu symptoms include the following:

Swine flu is a disease of pigs that can be transmitted to humans in rare cases.

Swine flu is a highly contagious respiratory disease caused by one of the many influenza A viruses.