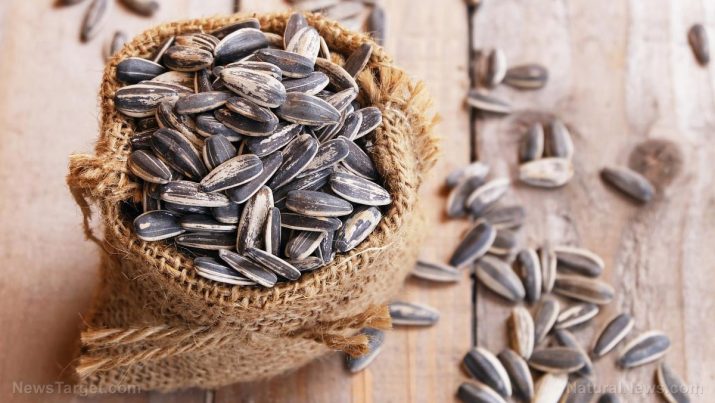 Endemic to Mexico and Peru, it is one of the first plants to be cultivated in the United States. As a matter of fact, the Native Americans have been using it for more than 5,000 years, not only as a food and an oil source, but also for various purposes such as a dye pigment.

The Spanish explorers who were introduced to sunflower when they traveled to the Americas brought it back to Europe. After it became popular in Spain, it slowly made its way to Spain’s neighboring countries. Today, leading sunflower producers include Russia, Argentina, China, France, Peru, and Spain. 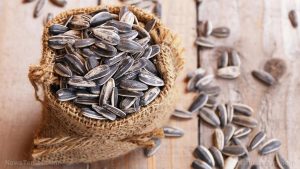 Sunflower seeds can be considered a natural appetizer. The selenium, magnesium, and vitamin E in sunflower seeds make this possible.

Sunflower seeds have anti-inflammatory properties. Vitamin E, the body’s fat-soluble antioxidant that is very abundant in sunflower seeds, kills free radicals that would have damaged brain cells, cell membranes, and cholesterol. It also lessens the symnptoms of inflammation in conditions such as asthma, osteoarthritis, and rheumatoid arthritis.

Sunflower seeds prevent the occurrence of hot flashes in women who are undergoing menopause.

Sunflower sees contain the compound phytosterols, which are said to reduce blood levels of cholesterol, boost the immune response, and lessen the risk of certain cancers. According to the Journal of Agricultural and Food Chemistry, of the nuts and seeds that are typically consumed as snack foods, sunflower seeds and pistachios have the most phytosterol content (270 to 289 milligrams per 100 grams). As such, sunflower seeds are also said to be good for diabetic people.

Sunflower seeds have cancer-fighting capabilities. This is because they contain selenium, which repairs DNA in damaged cells, stop the growth and development of cancer cells, and sometimes initiate the apoptosis of carcinogenic cells. Apoptosis refers to the self-destruct mode that the body employs to get rid of hamrful cells.

Sunflower seeds are good for the digestive system. They reduce the risk of colon cancer.

Sunflower seeds are good for the cardiovascular system. Because the vitamin E in sunflower seeds prevent the oxidation of cholesterol, cholesterol would not be able to seep into blood vessel walls, which results in atherosclerosis, a heart condition which causes the blockage of arteries, heart attack, or stroke. Experts say people who have a huge daily intake of vitamin E are less prone to dying from a heart attack than those who lack in the vitamin, or those who only have adequate amounts of it in their daily diet.

Ways to use sunflower seeds

For healthy pick-me-ups and tasty treats, visit this website.

Sunflower seeds are good for the digestive and cardiovascular systems.

Sunflower seeds prevent the occurrence of hot flashes in women who are undergoing menopause.