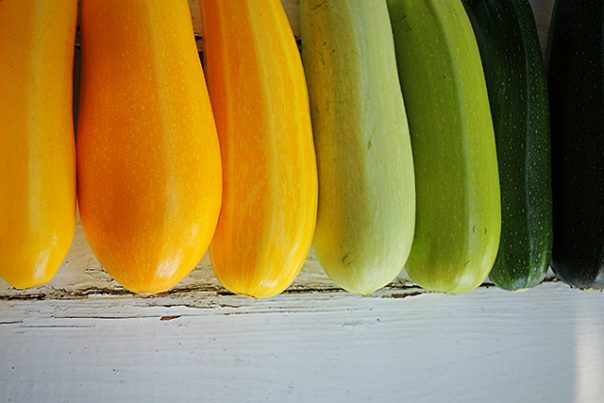 Summer squashes, which have soft shells and creamy white flesh, belong to the gourd family of Cucurbitaceae, whose members also include melons and winter squashes. They are endemic to the United States, although now it is cultivated all over the world, particularly in the northern parts of Mexico and throughout Central America, North America, and South America.

Summer squashes are also popular in the Pacific Islands region, particularly New Guinea, Fiji, Hawaii, and Tonga. In France, the term “courgette” refers to smaller and younger squashes, while “marrow” is used to describe more mature ones. Meanwhile, Narragansett Indians, as early as the 1640s, refer to the summer squash as askutasquash, which means “things that may be eaten raw”.

Summer squashes should be planted in well-drained soil that has been raked well. For optimum results, you must remember to plant them only after any signs of frost in the ground have gone – in most states, it is safe to plant summer squashes during the spring. Plant the seeds in such a way that they are evenly spaced – around 24 to 36 inches apart, and one inch deep into the soil.

Younger summer squashes tend to be more tender than those who have been harvested in their maturity. If you plan on cooking summer squash as a simple vegetable, we suggest that you pick it out early so as to preserve its tenderness, even though it may appear smaller when young as compared to those who have already matured.

Larger summer squash fruits have tougher skin and seeds. Summer squashes such as these are perfect for making muffins and zucchini bread, as the fruit can be hard enough to be ground. Remember to scoop the seeds out of the fruit before you grind it.

Summer squashes last for a relatively long time, so you can rest assured that you won’t be spoiled when you place them in the refrigerator after picking them. They come in different varieties – such as crookneck, straightneck, pattypan, and zucchini – so some summer squashes might taste milder than others. 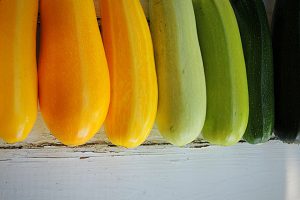 A medium-sized summer squash is inclusive of 33 percent of your recommended daily intake of vitamin B6, which facilitates hemoglobin production. Hemoglobin transports oxygen in the red blood cells to your tissues. Not enough vitamin B6 content in the body can lead to incurring anemia.

Summer squash is good for the immune system.

Summer squash, due to its beta-carotene content, has anti-inflammatory properties. Studies show that they provide anti-inflammatory protection for the cardiovascular system and the gastroinestinal tract. They also reduce the risk of blood sugar problems, and is one of the key foods in preventing type-2 diabetes and regulating insulin in the body, due to the presence of a polysaccharide known as pectin.

Ways to use summer squash

here are some of the ideal ways to prepare saucy and delectable summer squash meals.

Summer squash, which is chock full of lutein and zeaxanthin content, is good for eye health.

Summer squash is good for the immune system.

Summer squash, due to its beta-carotene content, has anti-inflammatory properties.