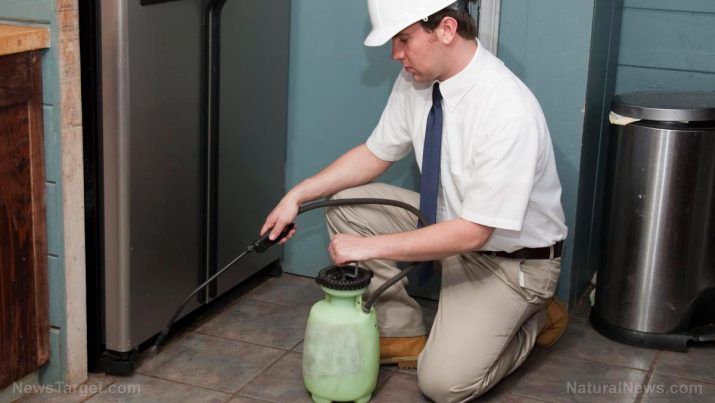 Sulfuryl flouride is a colorless and odorless gas that is used as both an insecticide and rodenticide. An entry posted on the National Pesticide Information Center website notes that the non-flammable gas was registered in 1959 and is commonly used a fumigant against a wide variety of pests such as drywood and Formosan termites, bedbugs, and wood infesting beetles as well as clothes moths, cockroaches, carpet beetles, and rodents.

The entry also notes that the toxic gas works by filling all air spaces and seeping into cracks, crevices, and pores in the wood. According to the article, sulfuryl fluoride quickly penetrates materials and dissipates just as fast. The insecticide must be contained in an enclosed area in order for the fumigation process to be highly effective. The entry explains that the chemical gets broken down into fluoride and sulfate inside the insect’s body, which in turn causes toxicity and metabolic conditions that lead to the pests’ death. 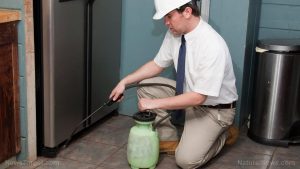 Sulfuryl flouride exposure is particularly detrimental to both the respiratory tract and the central nervous system, according to a Toxicology Data Network article. The entry stresses that prolonged and repeated exposure to the compound may cause respiratory irritation, pulmonary edema, and lung damage as well as hypoxemia and even death. Likewise, the toxic chemical is known to trigger the onset of ventricular fibrillation and diffuse pulmonary infiltration, severe dyspnea, and cough. The harmful chemical is found to cause central nervous system depression, generalized seizures, tremors, and convulsions as well . The hazardous insecticide is also found to cause fluorosis, a condition that leads to pain, disability, and mottling of the teeth.

Excessive exposure to the toxic insecticide may also lead to cardiac arrest, weakness, and anorexia as well as repeated vomiting, abdominal pain, and numbness in the extremities. Moreover, direct skin contact may lead to frostbite, severe skin irritation, and itching. The hazardous pesticide is also shown to induce conjunctivitis and eye irritation. An entry published on the Pesticide Action Network North America website also reveals that sulfuryl flouride exposure may result in reproductive and developmental toxicity, neurotoxicity, and acute toxicity.

The entry also stresses that the harmful pesticide may potentially contaminate waterways, which could be highly toxic to various aquatic animals.

Sulfuryl flouride negatively affects both the respiratory tract and the central nervous system. The hazardous chemical is also detrimental to bone, muscle and reproductive health. Likewise, the toxic pesticide is harmful to both the eyes and the skin.

Items that can contain sulfuryl fluoride

Sulfuryl flouride is best known as the commercial fumigant Vikane. The toxic insecticide has since then been used as an alternative to another hazardous biocide called methyl bromide, according to a Fluoride Action Network article.

How to avoid sulfuryl fluoride

It is necessary to take note of best practices before conducting a fumigation in order to prevent sulfuryl fluoride exposure. A safety data sheet published by the National Pesticide Information Center has listed a few helpful fumigation tips, which include:

Sulfuryl fluoride raises the risk of cardiac arrest, anorexia, and frostbite as well as fluorosis and conjunctivitis.

Sulfuryl fluoride is particularly detrimental to both the respiratory tract and the central nervous system.