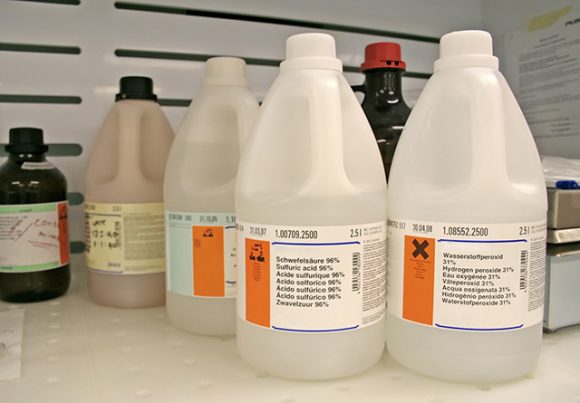 Once, sulfuric acid was the method of choice for criminals. The flesh-eating corrosive acid burned skin and disfigured its victims, if they didn’t succumb to death first. The violence with which sulfuric acid reacts has made it useful in a range of scientific and industrial settings, though its ability to burn skin has never been forgotten. Those who regularly handle the liquid are often told to do so with extreme care.

Pharmaceutical companies who use sulfuric acid say that they have lessened the risk by applying a diluted form of the substance to their products. However, this has been time and again disproved, with numerous studies concluding that even small amounts of diluted sulfuric acid is dangerous to human health.

That being said, sulfuric acid is still a highly important compound in the chemical industry. Fifty percent of phosphate fertilizers use the acid. Sulfuric acid is also used in the manufacture of copper and zinc. It is estimated that 231 million tonnes of the substance is produced annually worldwide. 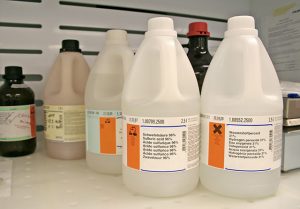 Harmful effects that can be caused by sulfuric acid

Friar Lawrence warned the lovers, Romeo and Juliet, that “these violent delights have violent ends; and in their triumph die, like fire and powder, which, as they kiss, consume.” While the friar was warning about the dangers of extreme passion, the same caution can be given to volatile substances.

Sulfuric acid is violent – there is simply no other word that better describes it. It is highly corrosive and extremely dangerous when improperly handled. It is notorious for causing severe burns and eye impairment.

The substance causes harm to any system it comes into contact with. For the most part, literature on sulfuric acid focuses on its effects on the skin and eyes. However, that does not suggest that sulfuric acid does not also hurt internal organs.

There is an interesting notation that should be written about in this entry. One woman, based in North Carolina, suffered from Body Integrity Identity Disorder (BIID), a psychological condition in which a person feels one part of their body is not “correct”. This illness can manifest in different ways; people thinking their arm is not part of their body, or in the case with this woman, feeling that she was meant to be blind when she had two, perfectly good eyes. Her BIID became so psychologically traumatic for her that she asked her doctor to intentionally blind her with drain cleaner. The product she used was mostly sulfuric acid; the woman is now completely blind.

The rate in which the woman became blind is shocking. It only took the acid a few minutes to completely melt off the eye tissue.

Sulfuric acid is a colorless liquid that is highly corrosive. It has its uses in the medical industry but is a noted dangerous substance. Extreme care needs to exercised when handling the material. Carelessness with the acid can result in severe burns or internal organ failure or damage.