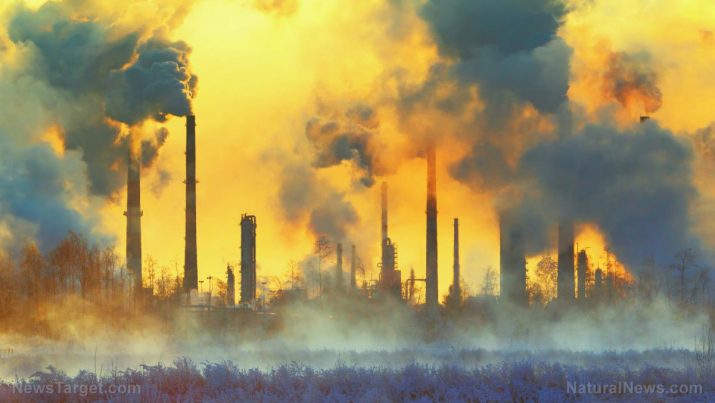 Sulfur dioxide is a colorless but otherwise pungent air pollutant that is highly toxic to both human and environmental health. An entry published on the open chemistry database Pub Chem reveals that the harmful chemical is commonly used as a preservative and as a disinfectant for food containers and fermentation equipment. The article also notes that sulfur dioxide contamination in the air stems from various human activities including copper smelting and the burning of coal and oil. 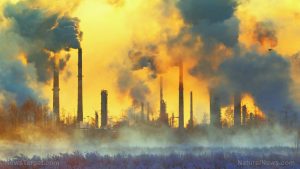 Sulfur dioxide exposure is associated with adverse respiratory conditions. A Toxicology Data Network entry cautions that excessive and repeated exposure to the air pollutant may cause a steep decline in ventilatory function, increased nasal resistance, shortness of breath, and bronchoconstriction. Exposure to the air pollutant is more detrimental to asthma patients as they are at an increased risk of suffering from sulfite sensitivity, a condition characterized by asthma-like symptoms such as wheezing and labored breathing. According to a San Francisco Chronicle article, up to 10 percent of asthma patients may negatively react to the air pollutant.

Even relatively short exposure to sulfur dioxide may lead to respiratory depression and subsequent death. The scientific community warns that exposure to the toxic chemical between 10 minutes and several hours may raise the odds of respiratory conditions. Health experts caution that patients with asthma, subnormal pulmonary functions or cardiovascular disease are at an increased risk of suffering pollution-related respiratory depression. Furthermore, sulfur dioxide exposure is known to cause severe skin irritation and corrosion. Direct eye contact with the highly toxic gas may also lead to severe eye damage.

Aside from being an air pollutant, sulfur dioxide is also a fire hazard. The hazardous gas is found to have explosive properties when in contact with sodium hydride and potassium chlorate at high temperatures, as well as with ethanol, ether, and zinc ethylsulfurinate at relatively cold temperatures.

Sulfur dioxide is particularly harmful to the respiratory system’s overall health. Likewise, the air pollutant is detrimental to both eye and skin health.

Items that can contain sulfur dioxide

An article published on the Organic Authority website notes that sulfur dioxide is a commonly used preservative in many dried products, especially in light-colored fruits — such as golden raisins, dried apricots, peaches and apples as well as pineapple, papaya, and mango — to prevent browning. Likewise, the chemical is traditionally added to pickled foods, frozen shrimp, and tinned products such as coconut milk and maraschino cherries.

Sulfur dioxide is also a widely used preservative in various beverages such as beer, wine, soda and cider as well as bottled lime and lemon juice, grape juice, and vegetable juice. Wine is known to naturally contain sulfur dioxide, but manufacturers tend to increase the levels to boost its shelf life. Condiments, processed meats, and powdered potatoes are also laden with sulfur dioxide.

How to avoid sulfur dioxide

Choosing organic dried foods over commercially produced varieties may prevent sulfur dioxide exposure from foods. It is also advisable to always check food labels to see if sulfites are added to food products. On the other hand, the Agency for Toxic Substances & Disease Registry recommends that families be on the lookout for news bulletins and air pollution advisories to determine when not to go out. Likewise, the agency recommends that families limit their outdoor activities during times when air pollution is at its peak.

Sulfur dioxide may trigger the onset of severe skin allergies and eye damage.

Sulfur dioxide is damaging to both skin and eye health.