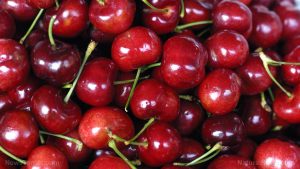 Sour cherries are a rich source of essential vitamins and minerals that are needed by the body. An entry published on the Health Benefits Times website makes a complete list of the nutrients found in sour cherries. These include:

Sour cherries also contain anti-inflammatory properties that alleviate pain and swelling. Montmorency tart cherries are particularly high in antioxidants such as melatonin that help soothe pain associated with arthritis, gout, and fibromyalgia. Aside from this, the anthocyanins in sour cherries are touted to block inflammatory enzymes; as a matter of fact, a single serving of 20 cherries are found to be 10 times more effective than aspirin in alleviating inflammatory pain.

In addition, sour cherries are an excellent source of antioxidants that help fend off infections and bolster the body’s immunity against a host of health woes. Sour cherries are also touted for their beneficial effects on the upper respiratory system. Likewise, sour cherries are known to increase muscle strength and alleviate soreness. In fact, a previous study showed that athletes given cherry juice experience less muscle damage, soreness, and inflammation following a race compared with those who took a placebo.

Moreover, sour cherries are notably high in melatonin that helps promote better sleep quality and duration. Sour cherries are shown to be just as effective as another superfood, called valerian, in addressing the sleeping disorder. In fact, a study carried out by researchers at the Louisiana State University found that participants who took tart cherry juice slept 90 minutes longer than those who took a placebo. Furthermore, sour cherries are incredibly rich in boron that helps strengthen the bones.

Sour cherries are particularly helpful in maintaining a healthy cardiovascular profile. Likewise, the superfoods are beneficial to the immune, respiratory, and skeletal system. Sour cherries are also found to support the muscular and nervous systems.

Ways to use sour cherries

Sour cherries are an excellent ingredient in making preserves such as jellies and jams. The superfoods are also notably useful in making juice concentrates. Likewise, sour cherries can be processed as a flavoring agent. An article posted on the Martha Stewart website features a variety of interesting recipes for sour cherries.