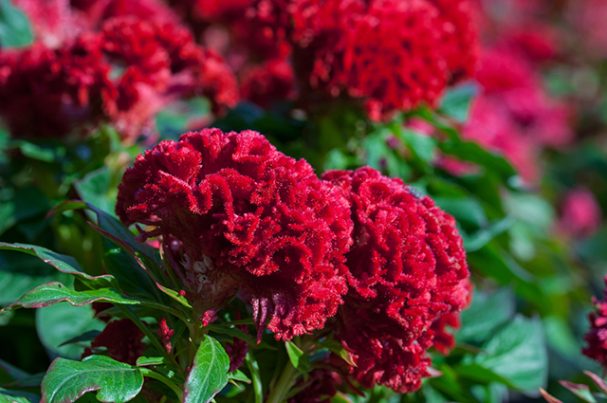 Soko (Celosia argentea), also known as plumed cockscomb or silver cock’s comb, is a brightly colored herbaceous plant that thrives in tropical areas. Its name is derived from the Greek word “kelos” which means “burned”, a reference to the shape and color of its flowers resembling a flame. Though considered an annoying weed in India and some parts of China, soko has a variety of culinary and medicinal applications. 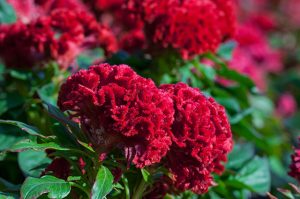 According to MidasNaturalsMag.com, soko is an excellent source of beneficial nutrients. Among these are calcium, zinc, iron, fiber, and even antioxidants, all of which can be found in soko in varying amounts.

Soko is thought to contain an adequate amount of calcium that allows it play an important role in maintaining strong and healthy bones. In short, soko can prevent the onset of osteoporosis.

In addition to lowering the risk of osteoporosis, the calcium content of soko can help reduce high blood pressure as well. Calcium helps remove excess sodium from the body and water from the blood vessels, bringing the amount of blood flowing through them to manageable levels. The seeds — known as “Qing Xiang Zi” in traditional Chinese medicine — are thought to be the best for this purpose.

As a reliable source of iron, soko can provide protection against anemia or iron deficiency.

Soko is believed to have antibacterial properties that make it ideal for wounds and burns, specifically by minimizing the risk of infection.

The fiber and water content in soko can greatly minimize the chances of constipation by encouraging stool expulsion and by bulking the stool up for easier passage.

Soko can relieve the symptoms of many other health conditions, most notably:

Though said to be good for overall health, soko is especially adept at maintaining the function of the skeletal, cardiovascular, and digestive system. Soko has the necessary nutrients to help support all of these bodily systems.

Soko seeds are thought to be good for the liver.

Ways to use soko

Usually, the shoots and leaves are eaten as vegetables, while the flowers serve as garnishing. Soko leaves have been described as tasting mildly like spinach and having a soft texture. The taste allows it to pair well with peppers, garlic, and fresh lime.

Christine Dionese of EdibleFingerLakes.com has come up with a simple yet delicious recipe that pairs up soko with baby artichokes.

The seeds can be used to make tea. To do this, just add one to two teaspoons of soko seeds to a cup of boiled water and let the mixture steep for 15 minutes. Strain and enjoy. The recommended dosage for soko seed tea is one to three cups daily.

Growing soko is simple enough, as it requires little else than plenty of sunshine, planting, and harvesting. Those who wish to make soko a frequent part of their diets can do so by growing this plant in their backyard.

Soko is a nutritious plant that can be highly beneficial if consumed regularly. It can reduce the risk of osteoporosis, high blood pressure, and constipation. As such, it is good for the bones, heart, and digestive system.