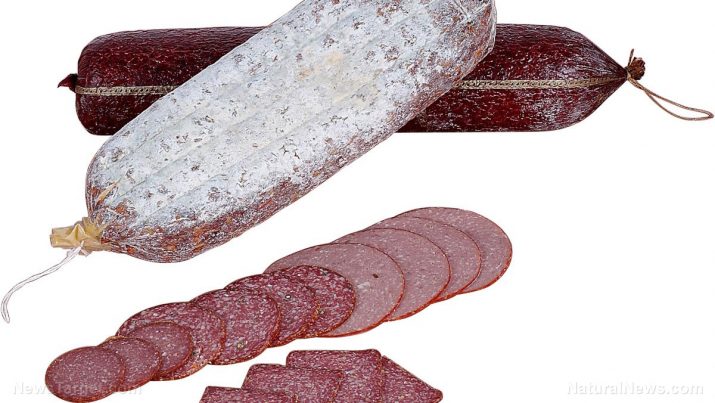 Sodium nitrate is classified as a nitrous acid sodium salt by the open chemistry database Pub Chem. The substance is a noncombustible, yellowish white crystalline solid that is commonly used in many industrial processes such as meat curing, coloring, and preserving. Likewise, the compound is a widely used reagent in many analytical chemistry techniques. The database also notes that sodium nitrite is toxic and mutagenic in nature and may react to secondary or tertiary amines, which in turn may result in the production of carcinogenic compounds known as nitrosamines.

Harmful effects that can be caused by sodium nitrite

Sodium nitrite exposure through various routes — such as inhalation, ingestion, or direct skin and eye contact  — may lead to a plethora of health emergencies and conditions.

The chemical is known to particularly target both the heart and the overall blood circulation.  The American Medical Association (AMA) cites that sodium nitrite exposure triggers the onset of methemoglobinemia, a condition characterized by the limited capacity of the red blood cells to transport oxygen across the body. Likewise, a Drugs.com entry has revealed that exposure to the hazardous food preservative may lead to the onset of various cardiovascular conditions including syncope, hypotension, and tachycardia as well as palpitations and dysrhythmia.

The harmful compound is also shown to increase the risk of various neurological and psychiatric disorders. Sodium nitrite exposure is associated with a greater likelihood of suffering from generalized numbness and tingling, lightheadedness, headache, and dizziness as well as seizures, confusion, and even coma. The toxic chemical is also found to elevate the risk of developing anxiety.

An article posted on the Live Strong website has also shown that the chemical may raise the odds of developing type-1 diabetes and certain types of cancer. According to the article, high sodium nitrite intake during pregnancy may elevate the babies’ odds of developing type-1 diabetes. Likewise, the AMA has stressed that diabetes risk is higher in male infants. The AMA has also discussed that exposure to the food additive may increase the risk of developing gastrointestinal and brain cancer.

Inhaling the compound may lead to respiratory woes including coughing and sore throat, according to a fact sheet published by the National Institute for Occupational Safety and Health (NIOSH). The toxic chemical is also associated with tachypnea and dyspnea onset. The article recommends that people exposed to the hazardous compound should go to an area with fresh air and seek immediate medical attention.

The entry also notes that exposure to the harmful food additive may result in skin and eye irritation as well. The compound is shown to cause adverse skin conditions characterized by rashes or urticaria, while eye contact may lead to pain, redness, and blurred vision. Furthermore, sodium nitrite exposure is linked to a host of digestive illnesses such as nausea, vomiting, gastrointestinal irritation, and abdominal pain.

Sodium nitrite is found to compromise the circulatory system’s overall health. Likewise, the hazardous food additive may negatively affect both the digestive system and the respiratory tract. The toxic chemical may also cause damage to both the skin and the eyes.

Sodium nitrite is particularly harmful to both heart and brain health.

Sodium nitrite is detrimental to both the digestive and respiratory tracts.

Sodium nitrite negatively impacts both the eyes and the skin.