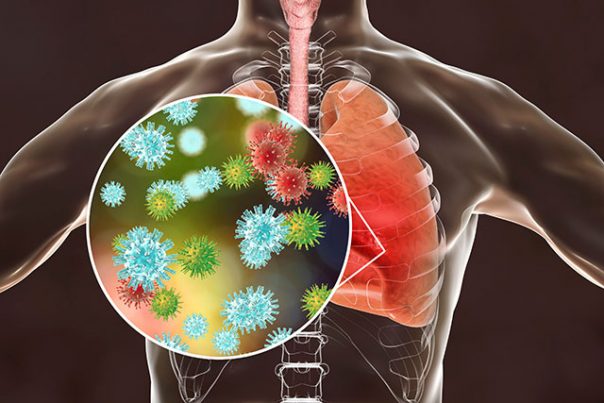 Severe acute respiratory syndrome (SARS) is a contagious and life-threatening respiratory illness that is caused by the SARS coronavirus (SARS-CoV), a common virus that usually causes upper-respiratory tract illnesses. Until SARS appeared, coronaviruses have not been particularly dangerous to humans, although they were already known to cause severe diseases in animals. The disease may have started in pigs or ducks in rural south China, which then mutated to infect humans. SARS was first recognized as a global threat in March 2003, after first appearing in southern China in November 2002.

The SARS virus may be transmitted through droplets from coughing and sneezing and close human contact. A person with the virus can spread the infection by leaving respiratory droplets on objects, such as door handles, doorbells, and telephones – which can be picked up by someone else. The virus tends to remain active in the environment for a few days. 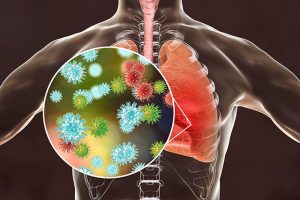 The main side effects of SARS include coughing, difficulty breathing, fever higher than 100.4 F or 38 C, and other breathing symptoms. SARS also causes chills and shaking, and a persistent cough that usually starts two to three days after other symptoms such as headaches and muscle aches. In some cases, SARS causes a cough that produces phlegm, diarrhea, dizziness, nausea and vomiting, runny nose and sore throat. In some people, the respiratory problems get worse during the second week of illness, even after the fever has stopped. SARS can also lead to other complications, such as respiratory failure, heart failure, and liver failure.

The body systems harmed by SARS are the immune system and respiratory system.

There is no information on what foods or nutrients prevent SARS. However, there are foods that can boost the immune system. These include red bell peppers, broccoli, garlic, ginger, spinach, yogurt, almonds, turmeric, green tea, papaya, kiwi, poultry, sunflower seeds, citrus fruits, such as grapefruit, oranges, tangerines, lemons, limes, and clementines, and shellfish, such as crab, clams, lobster, and mussels.

There is no exact treatment that works for every person who has SARS. However, conventional treatments use medications to improve its side effects. Therefore, it is best to take preventive measures against the disease. Some of the best ways to prevent SARS is to:

Severe acute respiratory syndrome (SARS) is a contagious and life-threatening respiratory illness that is caused by the SARS coronavirus (SARS-CoV).

SARS may also cause chills and shaking, a cough that usually starts two to three days after other symptoms, a cough that produces phlegm, headache, muscle aches, diarrhea, dizziness, nausea and vomiting, runny nose, and sore throat.

There is no exact treatment for SARS.