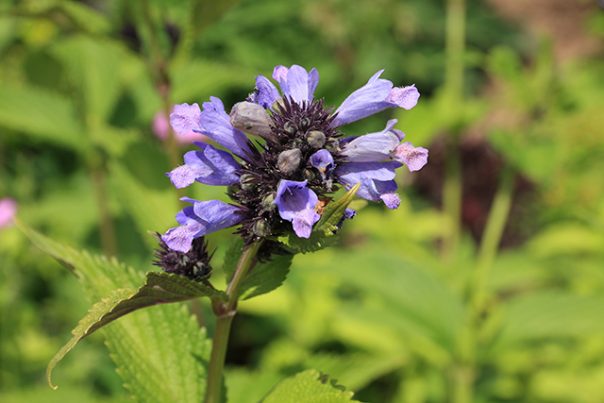 Schizonepeta is a well-known flowering herb that resembles thistle. The herb grows in the Fiangsu, Zhejiang and Fiangxi provinces in China, and is used as a treatment for various diseases. According to an article on the Acupuncture Today website, the herb’s warm and pungent properties are greatly valued in traditional Chinese medicine. The herb comes in many names including tenufolia, Japanese mint, Japanese catnip and jing jie. 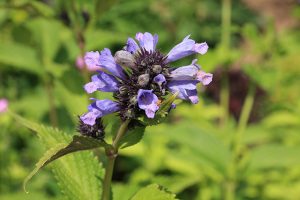 Schizonepeta is remarkably rich in powerful compounds that help address various ailments. An entry posted on Herbpathy.com lists the essential components found in schizonepeta, which include:

Schizonepeta is best known for its beneficial effects on the circulatory system. The herb used to address bloody stools and uterine bleeding. The superfood is also touted to speed up blood clots, which in turn may have a positive effect on wound healing. Likewise, the medicinal herb contains anti-inflammatory properties that help relieve inflammation and swelling. Besides this. the powerful herb is found to treat hematemesis or vomiting blood. The superfood is also known to possess diaphoretic properties that promote sweating in the subcutaneous regions. This, in turn, promotes the body’s overall circulation.

The herb is also notably effective in fortifying the body’s immunity against infections. Schizonepeta is traditionally used as a remedy to wind-cold exterior syndromes such as headaches, chills, and fever. Likewise, the superfood is found to counter wind and cold pathogens and mitigate clogged nose, runny nose and body aches. Aside from this, the herb is known to clear out phlegm, which in turn promotes the respiratory system’s overall health. According to the Chinese Herbs Healing website, schizonepeta is best taken with fresh ginger to eliminate cold and promote perspiration by entering lung and spleen meridians.

Aside from this, schizonepeta is a commonly used remedy against diseases that produce pus. An article posted on Herbs 2000 website notes that the herb is traditionally combined with ledebouriella root, forsythia fruit, honeysuckle flower and other herbs to address pus-producing infections and prevent them from spreading across the body. Likewise, the superfood is frequently added to peppermint, arctium fruit, cicada slough and other herbs to treat German measles.

In addition, schizonepeta is touted for its potency in stemming diseases of the urinary system. The superfood is commonly used with hemorrhage arresting medications to mitigate uterine hemorrhage and metrostaxis. On the other hand, schizonepeta is also remarkably effective in curbing various digestive ailments. The herb is used as a remedy to sore throat. Likewise, the plant can be taken as a treatment to serious bowel disease.

Moreover, the superfood is valued for its beneficial effects on the female reproductive system. According to EMedicineHealth.com, schizonepeta helps alleviate heavy menstrual bleeding. Besides this, the herb is also known to address various skin disorders such as eczema and psoriasis.

Schizonepeta is particularly beneficial in maintaining a healthy circulatory system. Likewise, the herb is valued for its positive effects on the body’s overall immunity, and is widely regarded as a potent treatment to various infections. In addition, the superfood possesses powerful compounds that promote the overall health of the respiratory, digestive, nervous, and urinary systems. Furthermore, schizonepeta is notably effective in addressing various skin diseases and relieving ailments of the female reproductive system.

Schizopeneta is commonly sold sliced and dehydrated in various herbal stores and shops. Likewise, the herb is processed into its carbonized form for the treatment of different health woes. The herb is also produced as powder and decoction for addressing diseases. In addition, the powerful herb can be made into tea.