Rotavirus infections – causes, side effects and treatments at NaturalPedia.com 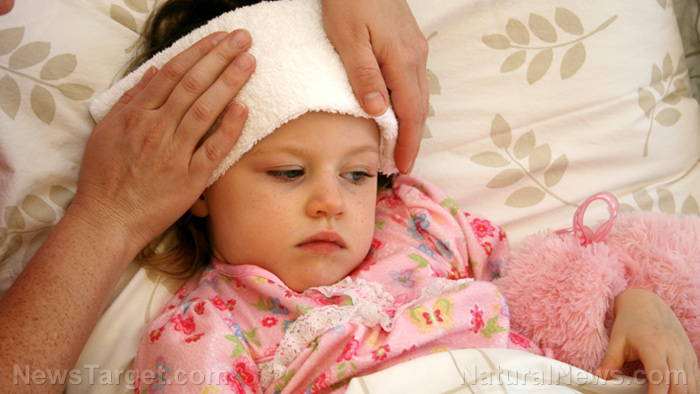 Rotavirus infection is the leading cause of severe, dehydrating diarrhea in children, as well as one of the viruses that cause gastroenteritis. In the U.S., at least 50,000 children are admitted to hospitals because of diarrhea because of rotavirus. Elsewhere, the disease is much sinister: Rotavirus infections result in an estimate of 500,000 deaths each year.

The condition is transmitted through a fecal-oral route, where a person touches their mouth after touching an object that has been contaminated by infected stool. It can also be passed on by consuming food and drink that have been contaminated with the virus.

In the U.S., rotavirus infections usually occur in the winter and spring. 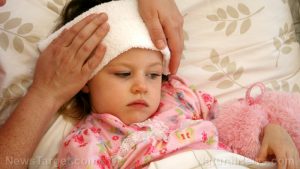 One of the main causes of the rotavirus is unhygienic practices, which can cause the virus to spread. For instance, if a person has diarrhea because of rotavirus and does not wash his hands, it can easily contaminate anything he touches, including food and utensils. Likewise, if a person who has touched a contaminated object touches his mouth without washing, an infection will occur. Moreover, the virus can stay in contaminated surfaces for prolonged periods if these are not cleaned and disinfected.

There are many pathogenic types of rotaviruses, making it possible to be infected more than once. These infections, however, are usually less severe than the first one.

Rotavirus infections are typically found in children from three to 35 months, and those who spend time in child care settings are more likely to be infected. However, older adults and those who regularly care for young children are equally at risk of infection.

There is an incubation period of two days after a person is infected by rotavirus before the symptoms appear. These include vomiting, fever, or abdominal pain; however, its most dangerous symptom, especially for children, is the presence of severe watery diarrhea, which can last from three to eight days. This can lead to a loss of appetite, as well as severe dehydration – a potentially life-threatening condition for infants and young children.

Signs of dehydration include:

In adults, symptoms of rotavirus infection are much milder.

If left untreated, severe dehydration may prove to be a fatal complication of rotaviral diarrhea in children. Clinical symptoms of severe diarrhea, such as extreme thirst and dry mouth indicate a loss of at least four percent of a child’s body weight.

Multiple studies have also indicated how rotaviruses can be found at other sites after an infection. This can be a risk factor for children who have compromised immune systems as this may result in infections in the kidney, liver, and the pancreas. In severe cases, this can lead to severe convulsions and even encephalitis.

Food items or nutrients that may prevent rotavirus infections

A diet that consists of bananas, rice, applesauce and dry toast (also referred to as the BRAT diet) will provide him with nutrients without causing stress to his digestive system. In addition, regular fluid intake is required to keep him hydrated.

During the time a child has a rotavirus infection, soft, bland food items will provide him with the energy he needs to counter the infection and get better. If he has a large, watery bowel movement, provide him extra fluids to keep him hydrated.

For people with healthy immune systems, rotavirus infections are self-limiting and will only last a couple of days, with the only treatment being increased fluid intake to prevent dehydration. However, severe cases may require hospitalization to be hydrated with intravenous fluid.

Rotavirus infection is the leading cause of severe, dehydrating diarrhea in children, as well as one of the viruses that cause gastroenteritis.

Rotavirus infection is transmitted through a fecal-oral route, as well as consumption of food and drink that have been contaminated with the virus.

One of the main causes of the rotavirus is unhygienic practices, which can cause the virus to spread.

Rotaviruses have many types, making it possible to be infected more than once.

During the time a child has a rotavirus infection, soft, bland food items, as well as the BRAT diet, will provide him with the energy he needs to counter the infection and get better.