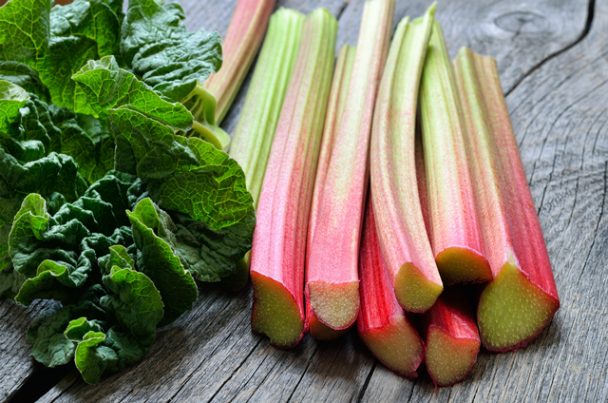 Rhubarbs are seasonal vegetables that grow predominantly during spring between April to June. While they are technically vegetables, some states such as New York consider rhubarbs as fruits mainly due to their cooking use. Rhubrab stalks are the only edible part of the plant, as its leaves are highly poisonous. The stalks vary in color from bright pink to pale green. Rhubarbs have a tarty flavor and are generally cooked with a hefty amount of sugar to dampen its acidity. 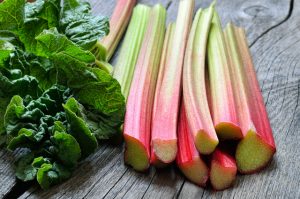 Rhubarbs are one of the most nutritious vegetables around. Nutrition-and-You.com has created a list of essential vitamins and minerals seen in rhubarbs. These include:

Rhubarbs are best known for facilitating weight loss. The vegetable is very low in calories and is packed with dietary fiber and other essential minerals that boost the body’s metabolism and eliminates unwanted fat. Rhubarbs also contain compounds that act as natural laxatives, which make the vegetable an ideal part of a strict low-fat, low-calorie diet. In addition, rhubarbs are notably helpful in aiding digestion, thanks largely to its high fiber content. Rhubarbs help ease bowel movement, and therefore prevents constipation and other digestive issues. Rhubarbs are also known to contain high levels of manganese, which effectively regulates blood sugar levels.

The high antioxidant and low cholesterol content in rhubarbs make the vegetable a heart healthy fare. Rhubarb stalks are high in the cholesterol-inhibiting chemical called galloyl ester. The vegetable is known to promote good cholesterol too. In addition, the vegetable’s high antioxidant levels protect the heart from the harmful effects of free radicals. Aside from this, the rich copper and iron content in rhubarbs facilitate the production of red blood cells. This in turn promote the body’s overall blood circulation.

Additionally, rhubarbs are touted for its anti-cancer properties. Rhubarbs are an excellent source of polyphenolic compounds that prevent cell mutation and keep oral and lung cancers at bay. Experts note that while rhubarb stalks lack the cancer-fighting lycopene, cooking them activates the antioxidant. However, patients with hormone-sensitive cancers are discouraged to eat rhubarbs.

Furthermore, rhubarbs are a rich source of vitamin K. Vitamin K is an essential nutrient that promotes brain and neural health. The high vitamin K content in rhubarbs prevent brain cell oxidation and bolster cognitive activity, which in turn help reduce the risk of Alzheimer’s disease onset. Rhubarbs are good for the overall bone health too. According to experts, rhubarbs are rich in calcium and other important minerals that fortify the bones.

The high antioxidant levels in rhubarb are known to fend off premature aging, cataracts, macular degeneration, and wrinkles.

Rhubarbs benefit the heart, brain, and the circulatory, digestive, and the nervous systems. The vegetable is beneficial to the eyes, bones, and skin as well.

Ways to use rhubarb

As rhubarbs are vegetables, they are primarily used in baked goods such as pies, cakes, and puddings. Likewise, rhubarbs can be used in other recipes such as salads, smoothies, and soups.

Rhubarbs benefit the heart, brain, and the circulatory, digestive, and the nervous systems.

Rhubarbs are beneficial to the eyes, bones, and skin