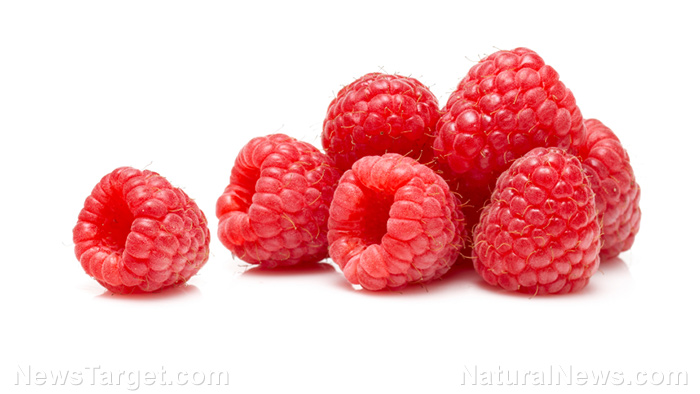 Raspberries are among the most popular berries consumed in the U.S., ranking third behind strawberries and blueberries. According to an article in WHFoods.com, raspberries belong to the rose family of plants. Scientifically, raspberries are classified as aggregate fruits that are actually composed of many small, individual fruits fused together on a hollow central cavity. There are more than 200 species of raspberries, many of which are grown commercially and can be categorized according to their color: red, black, and purple. The fruit is available all-year round, and is especially in season between June and October. 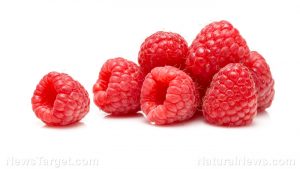 Raspberries are known to contain a wealth of important nutrients that help stave off diseases. A list compiled by Nutrition-and-You.com includes the most important vitamins and minerals seen in raspberries, such as:

As with other berries, raspberries are a rich source of antioxidants that combat the effects of free radicals, inhibit tumor growth, and reduce inflammation. Raspberries are known to stave off certain types of cancer such as esophageal, lung, mouth, pharynx, endometrial, pancreatic, prostate, and colon cancer. The high polyphenol content in raspberries are also found to prevent platelet buildup, thereby reducing the risk of cardiovascular disease. The fruit’s high fiber content is touted to lower blood pressure and cholesterol levels as well. This makes the fruit an ideal food against coronary heart disease, stroke, and hypertension.

Likewise, raspberries contain rich amounts of fiber that aid in digestion and cut the risk of developing diabetes. The fruit’s high fiber content is found to promote healthy digestion and fend off a plethora of digestive issues such as constipation. In addition, raspberries are found to contain high levels of manganese, which helps maintain a high metabolic rate and facilitate fat breakdown.

In addition, raspberries are notably high in anthocyanins — powerful compounds with antioxidant and antimicrobial properties. The anthocyanins in raspberries stave off bacteria and fungi that often lead to various adverse conditions such as vaginal infections and irritable bowel syndrome. Aside from this, raspberries may also be infused in teas to regulate menstrual cycle and ease menstrual flow in women and increase breast milk production in lactating mothers. Likewise, raspberries can be used to alleviate nausea, reduce pain, prevent hemorrhage, and facilitate child birth in pregnant women.

Furthermore, raspberries contain large amounts of zeaxanthins that protect against the harmful effects of blue light. This lowers the risk of developing macular degeneration. Raspberries are known to prevent wrinkles too.

Raspberries are especially beneficial to the heart due to its rich flavonoid and polyphenol content. Likewise, the fruit is essential in keeping a healthy digestive tract and protecting the female reproductive system. In addition, raspberries support the eyes and the skin.

Ways to use raspberries

Likewise, the fruit is known to prevent infections, eye conditions, and skin blemishes.

The fruit is beneficial to the heart, digestive tract, and the female reproductive system.