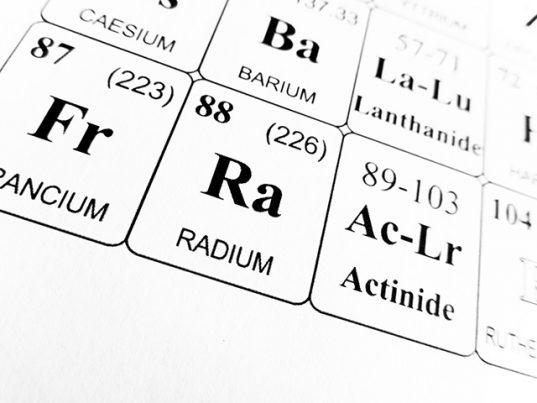 Radium is a radioactive element that has an abundance of around one part per trillion in the Earth’s crust, making it the 84th most abundant element on Earth, according to Chemicool.com. During its earlier days, radium was used in everyday products such as toothpaste and wristwatches until scientists found out about its intense radioactivity.

According to New World Encyclopedia, Polish and French chemists Marie and Pierre Curie discovered radium in 1898 by studying pitchblende (a type of uranium ore) found in Bohemia (what is now known as the Czech Republic). Upon removing uranium from the ore, the chemists found that the remains were still radioactive. The radioactive parts were removed and studied; they were identified as barium with an unknown element.

Dutch historian Peter van der Krogt said the unknown element was named for the Latin word “radius” or “ray” because the radiation that came out of the new element was around three million times higher than the radiation from uranium. According to the Royal Society of Chemistry, the Curies extracted around one milligram of radium from almost 10 tons of pitchblende.

French chemist Andre Debierne and Marie Curie isolated pure radium in 1902. According to Time, radium E, also known as bismuth-210, was the first synthetic radioactive element that was made synthetically by scientists at the University of California. 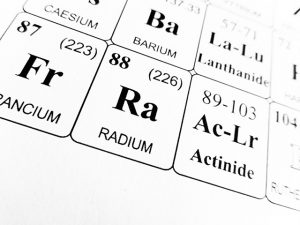 Radium can enter the body when it is inhaled or ingested. It is said to have cancer-causing abilities and can cause anemia. Too much exposure to radium can be fatal to the exposed.

Radium is toxic to the ocular system. It can immediately cause the emergence of cataracts.

Items that can contain radium

Radium has been found to be inside uranium ores.

During the early years of its discovery, radium was used to paint the numbers and hands in clocks so that they glow in the dark. This practice immediately stopped after many workers in the plants that manufactured such items died from radiation exposure.

How to avoid radium

Of course, the main consideration in terms of distancing yourself from radium is to simply not expose yourself to the chemical at all. If it cannot be helped, wear protective clothing when handling it. If radium comes into contact with fire, use graphite, powdered sodium chloride, soda ash, or suitable dry powder to extinguish the fire. Do not use water to do so.

Radium can enter the body when it is inhaled or ingested.

Too much exposure to radium can be fatal to the exposed.

Radium is toxic to the ocular system.