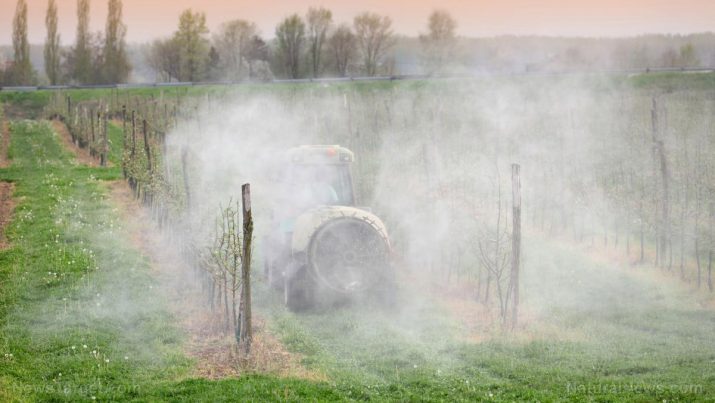 Quinoxyfen is a protectant fungicide used to prevent powdery mildew diseases in crops. It is applied before symptoms of the disease appear, acting as a chemical barrier. Quinoxyfen is registered for use in several countries including Australia, Germany, and the Netherlands. It is applied to a wide range of crops, namely cherries, grapes, currants, melons, sugar beets, and barley (to name a few). Quinoxyfen has the molecular formula C15H8Cl2FNO. 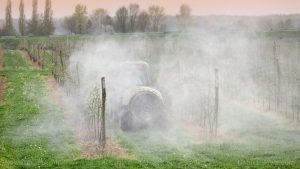 Exposure to quinoxyfen concentrate may cause irritation to the eyes and allergic skin reaction such as rashes and burns. The PubChem Open Chemistry Database also notes that quinoxyfen is toxic to aquatic life, with long term effects. It is advised to be kept from entering into soil, ditches, sewers, and waterways.

The United States Environmental Protection Agency (EPA) classified quinoxyfen as “not likely to be carcinogenic to humans” due to lack of evidence of carcinogenicity in rat and mouse models.

Animal studies revealed low acute toxicity in rat and rabbit models after oral and dermal contact, as well as inhalation, but a specific review on the clinical effects of exposure to the chemical is yet to be prepared, according to the Toxicology Data Network website.

ToxNet notes that general evaluations may apply such as irritation to the eyes and skin; respiratory discomfort that may progress to acute lung injury; burning sensations to the throat and esophagus if ingested; and asthma with bronchospasms (wheezing).

Items that can contain quinoxyfen

According to the Pesticide Properties DataBase, quinoxyfen is “supplied as a soluble concentrate that is mixed with water and used as a spray.” It is applied to a wide range of crops such as cereal grains (wheat, rye, rice), berries, grapes, cherries, cucurbits (squashes, pumpkins), mangoes, and tomatoes.

Quinoxyfen is a known eye and skin irritant. Avoid all contact with eyes, skin, and clothing. In case of contact, the EPA advises to “wash thoroughly with soap and water before eating, drinking, chewing gum, using tobacco, or using the toilet.”

Those who handle and apply quinoxyfen are required to wear long-sleeved shirts and long pants, chemical-resistant gloves and shoes plus socks.

Quinoxyfen is a protectant fungicide applied to a wide range of crops to prevent the development of powdery mildew. It is registered for use in several countries including Australia, Germany, and the Netherlands.

Quinoxyfen is a known eye and skin irritant, but is classified as “not likely to be carcinogenic to humans” after animal studies failed to show evidence of carcinogenicity.

Quinoxyfen applicators and handlers should exercise caution and adhere to the appropriate clothing gear before any contact or exposure to the chemical.