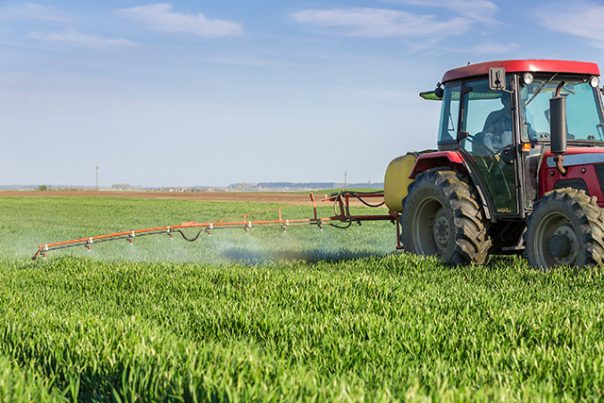 Propiconazole is a fungicide and antimicrobial agent originally intended to protect grass being grown for seed. Following its introduction in 1981, the United States Environmental Protection Agency (EPA) expanded its applications to include protecting ornamental plants, turf, and food crops. Additionally, propiconazole can be used as a preservative for woods, paints, adhesives, paper, and textiles.

This yellow-colored, odorless liquid falls under triazole category of fungicides, meaning that it stops fungal cellular growth by binding with and inhibiting demethylation. Propiconazole is commercially available in various forms, most notably as an emulsifiable concentrate, ready-to-use liquid, flowable concentrate, liquid soluble concentrate, and wettable powder. 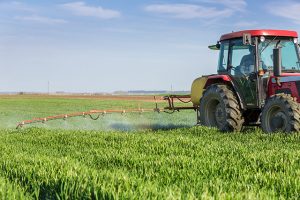 The EPA has classified propiconazole as a possible human carcinogen. This is due to the fact that propiconazole has been linked to the increased incidence of benign and malignant liver cell tumors among male laboratory rats and mice. Even low yet chronic doses were associated with higher incidences of liver tumors.

Propiconazole can be very harmful if swallowed. Ingestion of propiconazole can irritate the gastric muscosa, a mucus membrane layer of the stomach that contains the gastric pits and glands. Although propiconazole is excreted from the body through urine and feces, traces of it have been detected in the kidneys, blood, and liver.

Dermal contact with propiconazole can result in skin sensitization and irritation, though this effect has been observed in larger doses.

Propiconazole is known to contaminate water and can be highly toxic to fish, making it all the more important to avoid using this chemical within the vicinity of water sources. It’s less mobile in soil, and a relatively low toxicant to birds and bees. However, propiconazole can degrade into triazole compounds, which can then be toxic to terrestrial and avian organisms.

This substance is an irritant of the respiratory and digestive tracts. Heating propiconazole worsens its impact on the respiratory system as high temperatures decompose this substance and lead to it emitting toxic vapors containing nitrogen oxides and hydrogen chloride.

Additionally, propiconazole is a possible liver toxicant and may cause some issues in the endocrine system, namely, by inhibiting the activity of estrogen and aromatase, an enzyme that plays a role in estrogen production.

Items that can contain propiconazole

In the decades since its release, propiconazole has been sold under a multitude of names or included as an ingredient in other fungicides. These include:

Furthermore, a number of companies have been involved in the manufacture and supply of this chemical:

How to avoid propiconazole

For handling, all persons involved with propiconazole at the manufacturing stage should wear the necessary personal protective gear: safety goggles, rubber gloves, long-sleeved shirts, long pants, and shoes with socks.

For storage, ensure that propiconazole is kept in its original container and placed in a cool, dry, and well-ventilated area away from medication and foods, and out of reach of children and animals. All flammable materials should be stored separately from propiconazole to prevent the risk of toxic fume emissions. When propiconazole runs out, do not reuse its container; dispose of it as per the local, state, and environmental regulations.

Propiconazole is a fungicide that has been labeled a possible human carcinogen due to the incidences of benign and malignant liver tumors in laboratory rats and mice. This substance is said to be a possible liver toxicant as well.

Ingesting this substance can irritate the gastric mucosa and allow it to accumulate in the blood, liver, and kidneys.

Exposure to high heat will cause propiconazole to decompose and emit toxic fumes.

Propiconazole is a skin irritant and sensitizer.

Moreover, this substance is highly toxic to aquatic life.