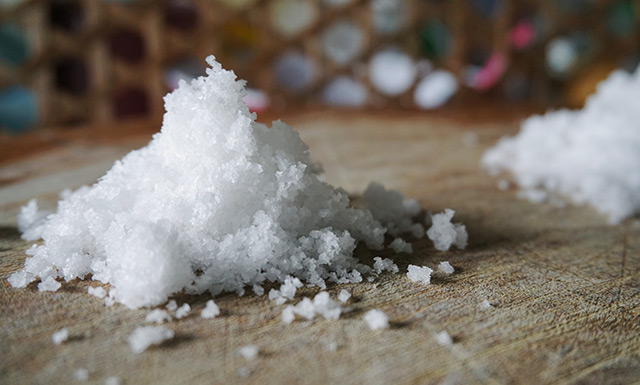 Potassium chloride is an odorless metal halide sold composed of chloride and potassium. This naturally occurring compound can be derived from the mineral sylvite, which is can be found in abundance in New Mexico, western Texas, Utah, and Sasakatchewan, Canada. Potassium chloride has a great variety of applications that from being used in fertilizer production to aluminum gas welding to serving as a sodium-free table salt substitute.

There have been reports of side effects and health complications that arose from the ingestion or administration of potassium chloride. 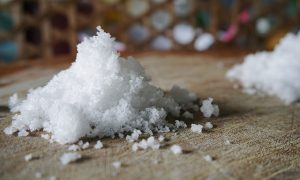 Harmful effects that can be caused by potassium chloride

One of the most common side effects of taking potassium chloride is stomach upset. Some patients who’ve taken it as medication in small or large doses have experienced stomach cramps, bloating, diarrhea, and vomiting. Potassium chloride as also been known to cause unusual stomach bulging and bloody or black stools in more extreme cases.

In turn, hyperkalemia can lead to heart arrhythmia, which can then cause the heart to enter cardiac arrest. Because of this, large dosages of potassium chloride are used as one of three types of medications in lethal injections. In fact, potassium chloride was famously utilized as such by Dr. Jacob Kevorkian, the American pathologist and euthanasia proponent who claimed to have assisted over a hundred patients commit physician-assisted suicide.

Though uncommon, allergic reactions to potassium chloride have happened. Those with this condition found themselves experiencing skin rashes and irritation, difficulty breathing, dizziness, and swelling in their mouths and throats.

Overdosing on potassium chloride can happen, the symptoms of which can include irregular heartbeats, lightheadedness, heaviness in the arms or legs, shallow breathing, and even seizures.

Individuals who are taking potassium-sparing diuretics, angiotensin-converting enzyme (ACE) inhbitors, angiostensin-receptor blockers, or salt substitutes should not take potassium chloride due to the possibility of negative interaction. The same applies to people with severe dehydration, increased acid levels In their blood, and uncontrolled Addison’s disease, also known as primary hydroadrenalism.

Concentrations of potassium chloride exceeding 60 percent have been found to irritate skin and cause rashes. This effect is greater on moist skin.

The kidney is responsible for maintaining stable levels of electrolytes, such as sodium and potassium. A kidney that is unable to function properly is one that can cause dangerous amounts of potassium to remain the blood, a condition known as hyperkalemia. While normally without symptoms, hyperkalemia can result in muscle paralysis, muscle fatigue, tingling in the hand and feet, and changes to heart rate and rhythm. Because of this, individuals whose kidneys have been compromised are cautioned against potassium chloride, though healthy kidneys can be damaged with excessive potassium chloride usage.

Potassium chloride can harm the digestive system. This becomes even more likely in those who suffer from chronic diarrhea or blocked stomachs or intestines.

Potassium chloride is a compound that is helpful for the most part, but can be harmful and downright dangerous in certain situations. For one, it can cause stomach upsets, low blood pressure, heart arrhythmia, and hyperkalemia. For another, potassium chloride can harm the kidneys, digestive and cardiovascular system.