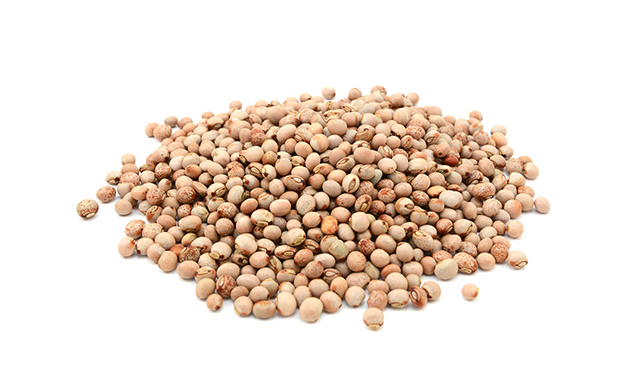 Pigeon peas, which have the scientific name of Cajanus cajan, are perennial legumes that belong to the Fabaceae family. They are known by different monikers like toor dal or arhur in Hindi, red gram or thuvarai in India, or thuvaram paruppu in Tamil. They are also called tropical green pea, and are known as kadios in the Philippines.

Pigeon peas are endemic to India, where they are believed to have been planted for 3,500 years now. India provides 82 percent of the world’s total production of pigeon peas. Around 2,000 B.C, they were developed in East Africa and then Central America, so these two continents also have their hand in cultivating pigeon peas. To specify, the countries that grow pigeon peas are Mozambique, Australia, Ethiopia, Jamaica, Kenya, Malawi, Myanmar, Nigeria, Tanzania, and Thailand.

At a young age, pods display a bright green coloring. As they grow older, their skin tends to turn into a brown color and are freckled with splotching or striations. Near the end of their life cycle they become completely dark brown or purple in color.

Pigeon peas are best during the late summer and fall months. They are a nitrogen-enriched crop, which means that they can make the soil where they are planted more fertile. Furthermore, they are used as cover crops to protect soils and hinder monsoon rains from washing away important nutrients.

Pigeon pea trees reach a height of one to two meters. Their flowers are usually yellow in color, have red or reddish-brown lines, and have a diameter ranging between 1.2 and 1.7 centimeters. Their seeds are brown, black, cream-yellow, or white in color, and are globose, ellipsoid, or squarish in shape. Their roots reach to a depth of six feet under the ground.

Pigeon peas usually survive drought and dry weather, even in extreme conditions and when planted in poor soil. However, even in this case, they won’t thrive in cold weather, and prefer warm growing seasons – the ideal temperature range to plant pigeon peas is between 18 and 38 degrees Celsius. Pigeon peas take around 95 to 256 days to mature.

Pigeon peas are vulnerable to attacks made by Coccus elongatus, a stem-boring, leaf-eating caterpillars, and Lycaena boetica.

Pigeon peas are the first legume plants to have their complete genome sequenced by the International Initiative for Pigeonpea Genomics and other academic institutions. 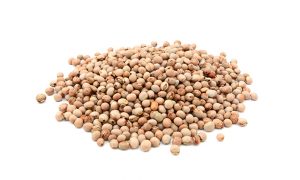 Pigeon peas regulate blood pressure levels. They contain potassium which acts as a vasodilator, or agents that dilate the blood vessels, thereby reducing blood constriction. People who are suffering from hypertension will do well by adding pigeon peas to their daily diet as pigeon peas can stave off the onset of cardiovascular diseases.

The folate in pigeon peas reduces the risk of incurring anemia and neural tube defects in unborn children. A cup of cooked pigeon peas already exceeds the daily recommended value for folate at 110 percent.

Pigeon peas are also used as treatment for earache and sores.

Pigeon peas are good for the digestive system as they can reduce the instances of constipation, bloating, cramping, diarrhea, and dysentery. They are also used to neutralize internal parasitic worms.

Pigeon peas are high in protein, which are essential for growth and the formation of bones, cells, muscles, and tissues. Protein also speeds up cell regeneration and healing processes in the body. A cup of cooked pigeon peas is equivalent to 11 grams of protein.

Ways to use pigeon peas

Pigeon peas, after they are cooked, can be used to add flavor to soups, curries, rice, salads, sauces, and stews. They are commonly used in Indian, African, and Caribbean cuisine. For instance, in India, pigeon peas are the main ingredients in making dal, which is dried, split pulses. Their ripened seeds taste good when roasted.

Pigeon peas are perfect for people who are watching their weight.

Pigeon peas are used as treatment for earache and sores.