Pediculosis capitis – causes, side effects and treatments at NaturalPedia.com 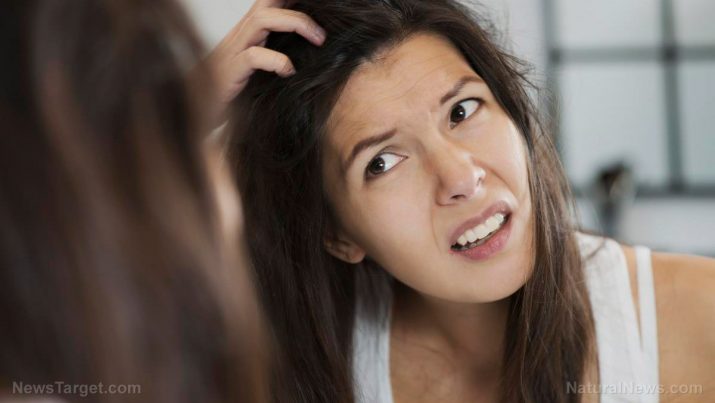 Pediculosis capitis refers to the infestation of the hair and scalp by human head lice (Pediculus humanus capitis). This common condition occurs worldwide and in individuals of all socioeconomic backgrounds.

In the U.S., pediculosis capitis is most common among preschool- and elementary school-age children and their caretakers/household members.

Head lice are not known to transmit disease, but it can lead to secondary bacterial infection of the skin from constant scratching of the scalp.

The most common way to get head lice is by close contact with an infested person, such as children playing together at school, home, or elsewhere (playground, camp, slumber parties). 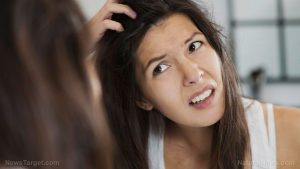 Several telltale signs that the bugs are present on the scalp include:

Some people may scratch their scalps raw due to the itch and cause sores and other skin infections.

Developing pediculosis is more likely with the following risk factors:

Lice are parasitic insects that feed on human blood, living on the clothing and bedding of infected humans, causing severe itching.

There are three types of lice that reside and feed on blood at different locations of the human body:

Food items or nutrients that may prevent pediculosis capitis

There are no certain food or nutrients that may prevent head lice infestation, but there are herbal remedies, mostly essential oils, with insecticidal properties have been used to get rid of head lice and relieve the itching. These include:

One effective oil combination is 20 drops tea tree oil, 10 drops rosemary oil, and 15 drops each of lemon oil and lavender oil. Mix all this into four tablespoons vegetable oil. Rub the mixture into your dry hair, cover your head with a plastic shower cap, then wrap that with a towel. After an hour, unwrap your head, shampoo well, and rinse.

One effective treatment for head lice infestation is using a delousing shampoo. Leave it in your hair for 10 minutes. After you rinse out the shampoo, rinse it again using 50 percent water and 50 percent white kitchen vinegar. Use the louse-killing shampoo again 10 days later.

If you’re still not getting results, mix a half-cup vinegar with a half-cup olive oil. Apply this mixture to your hair, working it in close to the scalp. Put a shower cap over your hair.and leave it for about one hour before you shower. Remove the cap and take your shower, washing your hair with regular shampoo.

Pediculosis capitis is the infestation of the hair and scalp by human head lice (Pediculus humanus capitis).

In the U.S., it most commonly occurs among preschool- and elementary school-age children and their caretakers/household members. Head lice don’t transmit any diseases but an infestation will cause itchy scalp that could lead to skin infections.