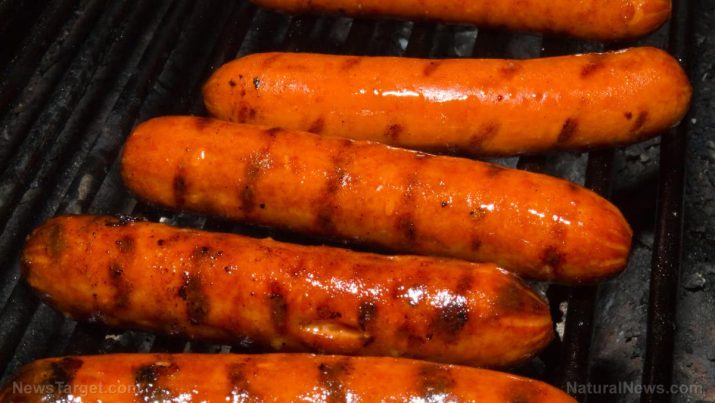 Nitrosamines are chemical compounds that are used in the production of cosmetics, pesticides, tobacco products, and in most rubber products, such as balloons and condoms. These chemical compounds are formed from constituents of the foods or products that are either naturally present, such as amines, or added during production, although they are not added to food or consumer products intentionally. Nitrosamines are formed when nitrites combine with amines. Their formation is increased by high temperatures, such as when frying food, and high acidity, such as in stomach acid. Nitrosamines are used as preservatives to prevent infection of salmonella from contaminated meat and to increase the shelf life of food. They can also be used in fertilizers which end up on crops such as potatoes and beets. Nitrosamines has the molecular formula of H2N2O. 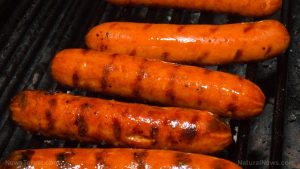 There are a lot of known side effects of nitrosamines. One of the major side effects is that it can cause cancer. It was found to be cancerous in animals, which suggests that it can be carcinogenic in humans. Cancers that are most commonly linked with nitrosamines are bladder, esophageal, nasopharynx, prostate cancers, and non-Hodgkins lymphoma. Moreover, it may increase the risk of colorectal and stomach cancers. In addition, nitrates in the environment and in food were associated with Alzheimer’s and Parkinson’s diseases and type-2 diabetes. Nitrosamines can also cause fatty liver disease, obesity, DNA damage, and cell death. In addition, they can cause chromosomal changes, birth defects, and pregnancy loss, based on animal studies.

The body systems that are negatively affected by nitrosamines include the digestive, respiratory, urinary, excretory, reproductive, nervous, endocrine, and circulatory systems.

Items that can contain nitrosamines

There are a lot of items that can contain nitrosamines. Nitrosamines can be found in a wide variety of foods, such as beer, salted fish, non-fat dry milk, cured meats like bacon and hotdogs, and cheese, agricultural chemicals like fertilizers, tobacco products, detergents, rust inhibitors, cutting fluids, rubber additives, solvents, drugs, plastics, tanned leather products, textiles, and cosmetic products.

How to avoid nitrosamines

There are several ways on how to avoid nitrosamines, according to an entry by HealthAmbition.com. One of these it to cut down the consumption of processed meats, such as sausages, salami, pepperoni, hotdogs, bacon, and preformed ham and replace them organic and healthy meats. Another way is to consume vitamin C as it has been found to provide some protection from the formation of nitrosamines. It has been found that when it is consumed at the same times as a meal with processed meat, it can reduce the formation of nitrosamines in the stomach.

Nitrosamines are chemical compounds that are used in the making of cosmetics, pesticides, tobacco products, and in most rubber products. Nitrosamines form when amines and nitrites combine and their formation is increased by high temperatures and high acidity. They are used as preservatives in foods to prevent salmonella infection and prolong the shelf life of food.

Nitrosamines may cause different types of cancers, such as bladder, esophageal, nasopharynx, prostate, colorectal, stomach cancers, and non-Hodgkins lymphoma.

Nitrosamines can also cause chromosomal changes, birth defects, and pregnancy loss, based on animal studies.