Naled is an organophosphate insecticide most commonly used to eliminate adult flying mosquitoes. This chemical works by inhibiting acetylcholinesterase, an enzyme that occurs primarily in cholinergic nerve endings and promotes acetylcholine hydrolysis. Essentially, naled interferes with the transmission of nerve signals. Mosquitoes absorb this chemical through their skin and, as a result, rapidly succumb to respiratory failure and paralysis.

This pesticide was first registered for use in 1959 by the United States Environmental Protection Agency (EPA). In 2016, naled returned to prominence in the public eye when it was considered for use against potential Zika-carrying mosquitoes in some areas of the U.S. Its application by aerial spraying in Miami-Dade County, Florida has caused controversy among locals, however. This is because naled has been banned in Europe since 2012 due to the detrimental effects it inflicts on human beings and aquatic life. 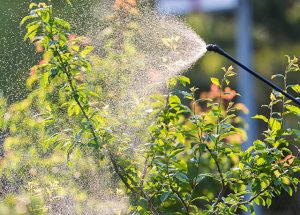 As a cholinesterase inhibitor, naled can be very harmful, though its impact is heavily dependent on the length of and amount of exposure. The most potent method of exposure is by way of inhalation. Through this, naled has been known to cause:

Naled can be just as dangerous if swallowed, or if dermal or ocular contact has occurred. If left untreated, naled can cause serious eye damage and skin corrosion, and may even bring about skin sensitization. Furthermore, the skin can absorb naled, possibly resulting in more severe health defects once this chemical has entered the body.

Of the possible chronic effects of naled, a number of studies on dogs and rats have shown that this chemical can lead to spinal cord mineralization and reduced nervous system enzyme activity, which in turn have resulted in chronic nervous system damage and partial paralysis, respectively.

Keep naled away from heat and water. Both will cause this chemical to degrade and emit a variety of harmful substances. Elevated temperatures will lead to naled producing toxic and corrosive fumes that contain hydrogen bromide, hydrogen chloride, and phosphorus oxides. By contrast, water will result in naled producing dichlorvos and dichloroacetaldehyde, two chemical byproducts that are known to attack coatings, plastics, rubber, and metals.

Naled is not known to persist in the environment; however, it remains a toxic chemical to the majority of organisms. According to Caroline Cox of the Northwest Coalition for Alternatives to Pesticides (NCAP), naled is highly toxic to catfish and several species of trout, and moderately toxic to bass, sunfish, and minnow. Additionally, it has been found to be toxic to beneficial aquatic insects. Birds and bees can be affected by naled as well.

Naled is highly irritating to the skin and eyes and respiratory and digestive tract.

In addition, naled is a neurotoxicant, meaning it can cause adverse health effects to the nervous system.

As per the Pesticide Properties Database, naled has the potential to bring about mild testicular degeneration.

Items that can contain naled

Naled was first sold to the American public under the brand name Dibrom, a product of AMVAC Chemical Corporation. This chemical manufacturing company has been the largest manufacturer of naled since 1998, though many other brands from different companies have been produced since then. These are:

To prevent naled exposure, it’s best to avoid purchasing the previously mentioned products. In the event that naled is used in a nearby area, steer clear of it for several hours, at least eight.

Those who handle naled should always wear the appropriate personal protection equipment around this chemical. Self-contained breathing apparatuses, chemical-resistant gloves and aprons, long-sleeved clothing and pants, and safety glasses are the standard.

Store naled in its original container and keep it in a cool, well-ventilated, and dry place.

Naled is an insecticide that’s widely used in the U.S. but banned in Europe because of its effects on human beings and aquatic life. Naled is a cholinesterase inhibitor, meaning that inhaling or ingesting it can lead to vomiting, diarrhea, nausea, respiratory tract secretion, convulsions, and headaches.

Naled is a dermal and ocular irritant as well, so leaving it to linger on the eyes and skin can lead to eye damage and skin sensitization.

Furthermore, naled is said to target the nervous system and reproductive system (testicles in particular).

Chronic exposure to naled can cause partial paralysis and chronic nervous system damage.

Heat and water will lead to naled breaking down and emitting toxic fumes and corrosive chemical byproducts.

Naled can be moderately to highly toxic to fish, aquatic insects, birds, and bees.