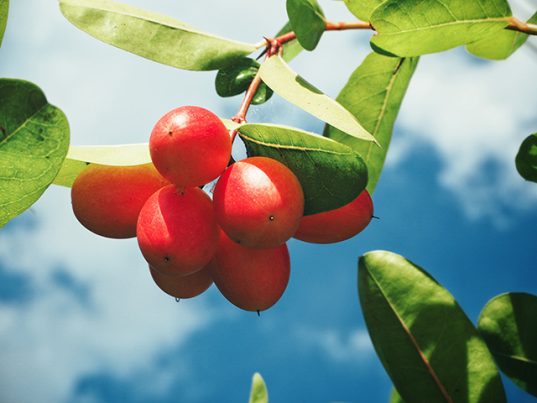 Miraculin is formally known as synsepalum dulcificum, but is also commonly known as miracle berry or miracle fruit. It is an indigenous red fruit that is found in West Africa. Upon storing, the fresh fruit gets spoiled immediately. Attempts to preserve the fruit have been developed throughout the years. One method is covering the fruits by chitosan, which is a natural substance that can be extracted from the shells of crustaceans such as shrimps, lobsters, and crabs.

It has a sweetening taste that is caused by a protein called miraculin. This protein is very stable and can be kept in pure form or in a solution for up to six months without losing its function. However, its taste-modifying properties are lost when heated in strong alkaline solutions. It is used by the Africans to sweeten a sour gruel made from stale bread, soured palm wine, and pito, a sour beer made from fermented grain. It is also used before eating kankies or kenkey, a specific type of sour corn bread.

Miraculin is tasteless or bland, but it can make sour food taste sweet which lasts for 30 minutes up to two hours. This has been tested on different acids such as citric acid, ascorbic acid, hydrochloric acid, tartaric acid, acetic acid, lactic acid, and phosphoric acid.

In Taiwan, there is a greenhouse that cultivates miracle berry for mass production. They are made into tablets or pills based on freeze-dried powdered fruit. It is also cultivated in a greenhouse in Japan and bears fruit twice a year. 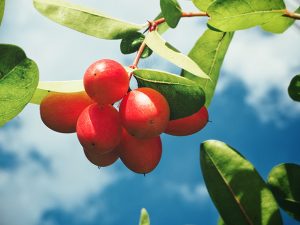 Harmful effects that can be caused by miraculin (miracle berry)

The harmful effects that miraculin can cause are only based on how much a person eats something excessively. Miracle berries only change the taste of a food, but not its properties. Similar to eating highly acidic foods, spicy foods could potentially lead to heartburn and other stomach issues when taken excessively.

There are no direct harmful effects that can be caused by miracle berries. However, the change in taste bud signaling can last up to 18 hours, which is much longer than expected. This can cause anxiety for some people. According to reports, enhancements of flavors could be problematic for people who anticipate a much contrasting result.

Since the fruit has the ability to alter a person’s sense of taste, parents should be very cautious when feeding the fruit to their children.

There is not much information on the harmful effects of miraculin in the body. In fact, it has the potential to help cancer patients undergoing chemotherapy. Those who undergo chemotherapy experience a side effect of the medication which makes food taste metallic. The miracle berry can change the unpleasant taste to something palatable, which helps cancer patients overcome their loss of appetite.

However, miracle berry does not have the yet the approval of the Food and Drug Administration in the United States. On the other hand, it has a novel food status in European countries and is approved in Japan and Africa.

Miraculin or miracle berry is a red fruit discovered in the west region of Africa that makes sour food taste sweet for at least 30 minutes.