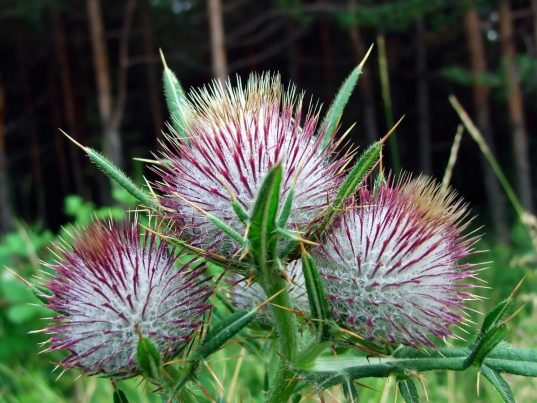 Milk thistle (Silybum marianum) is an herbaceous annual or biennial plant belonging to the Asteraceae family. Once native to southern Europe and select parts of Asia, the signature reddish-purple flowers can now be found in many corners of the globe. Although considered a weed by many, milk thistle has long been known for its multitude of healing qualities that have made it popular as an herbal treatment for centuries. 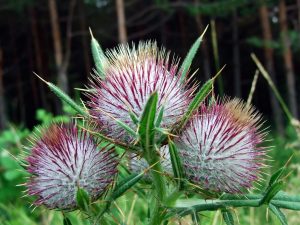 The most noteworthy and abundant nutrient in milk thistle is the complex bio-flavonoid silymarin. This unique antioxidant is composed of three other flavonoids: silybin, silydianin, and silychristin. Together, they make silymarin a very powerful antioxidant that protects the liver from many manners of damage and disease. Silymarin is typically derived from the milk thistle’s seeds, which serve as the main source of milk thistle extract.

Milk thistle has been used to treat and prevent:

Thanks to silymarin, milk thistle is known as an effective remedy against common liver-related conditions like alcohol-related liver diseases, fatty liver disease, and cirrhosis. It’s believed that silymarin does this by stimulating liver cell regeneration and bile production, preventing the depletion of liver-detoxifying gluthathione, and protecting the liver against cellular damage.

Nursing women can turn to milk thistle to boost their milk secretions.

Though not a common allergen, milk thistle can cause diarrhea, nausea, and cramping in those who are sensitive to it.

Milk thistle is said to be good for:

Milk thistle has detoxifying and anti-fungal properties that help keep the skin free of eczema and psoriasis. Moreover, since milk thistle increases glutathione levels in the body, it can reduce the occurrence of skin flare-ups like psoriasis.

Milk thistle can be good for the heart due to its notable concentration of omega-3 fatty acids, which are known for balancing cholesterol levels in the body and thus reducing the risk of heart-related conditions.

Ways to use milk thistle

The seeds themselves do well as an ingredient in salads, juices, and smoothies. The flowers, stalks, and leaves can be used as salad ingredients too.

Milk thistle is best known as a protective and regenerative agent for the liver. In particular, it’s known to be highly effective against chronic liver cirrhosis, necroses, and hepatitis A and B. In addition, milk thistle can serve as an average antidepressant and galactagogue, or a substance that promotes milk flow.