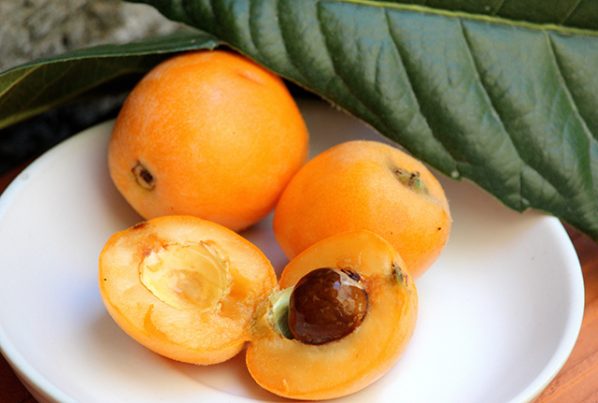 Loquats are a bright yellow-orange fruit with a tangy-sweet flavor and soft, juicy flesh. According to OrganicFacts.net, they grow on trees and shrubs, are shaped like pears, and are little bigger than plums. Loquats are native to southeast China, but have also been established in Japan centuries ago. Today, they are grown in many other countries around the world, including Asia, the Middle East, North and South America, and the Mediterranean. Loquats have a particular taste, which many say is a blend of mango and peach flavors. 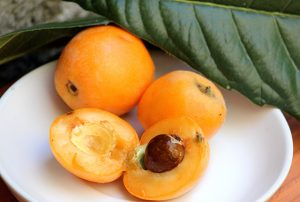 Loquats provide a number of important health benefits. Eating loquats has been known to regulate blood pressure, due to its high potassium content, OrganicFacts.net said. Potassium is known to be a vasodilator, keeping blood vessels and arteries relaxed so that blood can pump freely throughout the body. Loquats have also been linked to healthy cholesterol levels.

The fruits have a hand in preventing and treating diabetes, having been linked to a marked decrease in blood sugar among those who regularly consume them. Taken as a tea, loquats prevent diabetes by keeping insulin and glucose levels at a healthy level. At the same time, they help stabilize the blood sugar levels in those who already have diabetes.

Packed with antioxidants that protect against the damaging effects of free radicals, loquats have been associated with reduced risk of cancer — particularly oral and lung cancer.

They have also been used effectively as an expectorant, stimulating the expulsion of phlegm and mucus from the respiratory tract. This makes loquats a quick and powerful treatment for cough and colds.

As an excellent source of vitamin C, loquats boost the immune system, promoting the production of the white blood cells that serve as the body’s first responders against infection. Vitamin C is also essential for recovering from illnesses, as it stimulates the production of collagen, which is responsible for repairing tissues in the body.

Loquats are a good remedy for digestive problems such as constipation, diarrhea, and bloating, as they facilitate smooth digestion. They contain a considerable amount of dietary fiber, which is essential for maintaining regular bowel movements and improving overall stomach health.

Loquats can also be taken to treat anemia, which happens when there is an iron deficiency in the blood. The fruits contain high concentrations of iron, which boosts the red blood cells and supports circulation, fast healing, and organ function.

Loquats may also be efficient against:

As with anything, loquats are to be taken in moderation. In particular, loquat leaf extract has been associated with toxic myopathy, so it must be consumed with care.

Here are the body systems that benefit from loquat, according to StyleCraze.com:

Ways to use loquats

Loquat fruit can be juiced, while their leaves can be steeped into a tea. At the same time, loquats have a special flavor that goes well with a variety of other ingredients. According to AllRecipes.com, loquats can be incorporated into your diet by dicing them into a salsa, or using them as a sauce or a glaze for many meat dishes. Loquats are also delicious on their own.

They are effective for diabetes management, keeping blood sugar, insulin, and glucose at healthy levels.

They can prevent lung and oral cancer.

They are an effective expectorant, and are ideal for cough and colds.

They can help with digestive problems such as constipation, diarrhea, and bloating.

Loquats can also be taken to treat anemia.