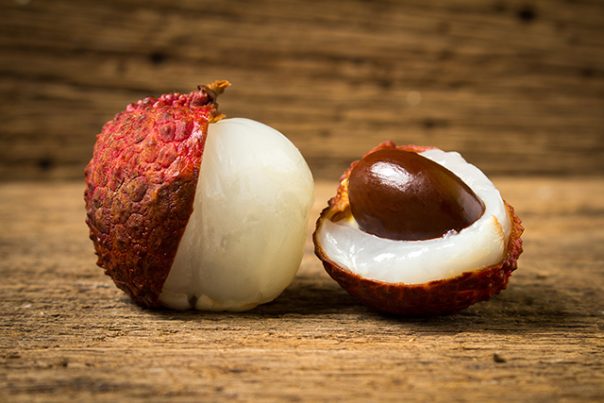 It has the texture of a grape, its skin feels like the reptilian scales of a dinosaur, and it oozes of a mild, fruity flavor that’s hard to distinguish but difficult to forget. What is it? It is a close relative of the rambutan and the longan, and is dubbed as one of the best summer fruits in the market. Still can’t guess what it is? Why, it’s the glorious litchi.

Litchis are endemic to southern China, where it had been grown for over 4,000 years now and were once only consumed by members of the Imperial Court. They are now also cultivated in tropical countries, especially the Southeast Asian nations, in India, and in southern Africa. They have, however, begun to be popular in Western markets, especially in high-end restaurants. Fresh litchis are a rare-to-find item in local supermarkets, but your grocery store is sure to carry around a canned version of them.

Litchis are considered a very healthy snack for they do not contain saturated fat and sodium, and are cholesterol-free, but are very high in dietary fiber, which is good for a number of benefits to the body. Traditional Chinese medicine also considers it as catering to the meridians of the lung and the stomach. 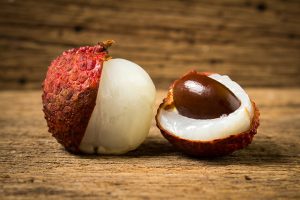 Litchi’s roots, flowers, peel, and tree bark can be mixed into an herbal formulation to be used as treatment for skin eruptions due to smallpox.

Litchi has antioxidant and antibiotic properties. It strengthens the body’s defenses against disease-carrying bacteria and infections, and can be used as a natural treatment for cold and flu. It can also fight harmful free radicals that cause otherwise healthy cells in the body to become cancerous.

Aldose reductase, which is present in the litchi pulp, protects diabetic people against complications such as eye disorders, including cataracts.

Since litchis are high in dietary fiber, they are good for people who are trying to lose weight.

Litchi is good for the skin. It can help the skin get protected from the harmful ultraviolet rays of the sun.

Copper, which is abundant in litchis, is important in red blood cell formation; therefore, ingesting litchis can increase oxygenation of the organs and cells.

Litchi is good for the respiratory system. It is prescribed as a treatment for quinsy, which is a complication of tonsillitis that is characterized by the formation of pus between one’s tonsils and the wall of one’s throat.

Litchi is good for the digestive system. It can lessen the instances of constipation and address other gastrointestinal issues.

Litchi is good for the cardiovascular system. It aids in proper and regular blood circulation. Also, potassium acts as a vasodilator, lessening the constriction of blood vessels and arteries, thereby not putting too much pressure on the heart when it pumps blood. Potassium levels are three times higher in dried litchis than in fresh litchis.

Ways to use litchi

Litchi is commonly used as a fruity dessert in sweets like bubble teas and ice cream. Hawaiians modify eating litchis by stuffing cream cheese into them. Also since it smells so much like a fresh flower, it is used to flavor cocktails and dishes.

However, one should take note that eating litchis excessively can lead to sore throat, bleeding nose, fever, or irritated membranes.

Litchi is good for the skin.

Litchi is good for the respiratory, digestive, and cardiovascular systems.

Litchi has antioxidant and antibiotic properties.