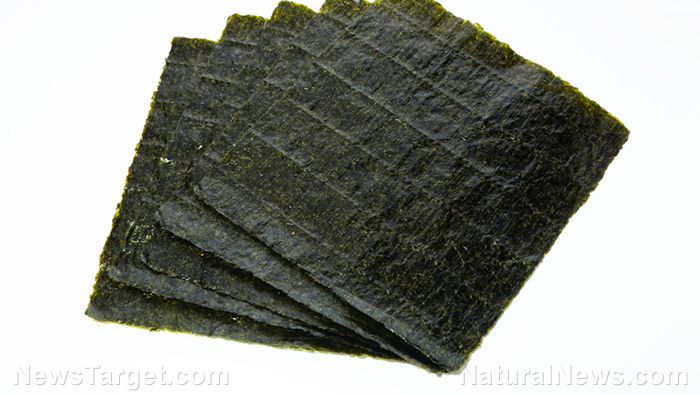 Laver is a type of red algae that is primarily consumed by the Japanese and British Isles residents. The seaweed, commonly referred to as nori, is characterized by its nutty flavor. It commonly grows in nitrogen-rich waters near coastlines.

Laver is commercially grown in Japan, where it is traditionally used as wrapping for sushi. In contrast, the Welsh, Irish and Scottish people typically harvest the wild seaweed fresh off the sea.

A Wise Geek article noted that commercially-grown laver requires little processing for safe consumption, while wild laver needs to be strained and pasteurized before being eaten. 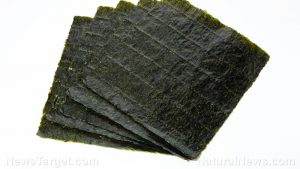 Laver, as with any other types of seaweed, contains high levels of important nutrients that boost the body’s overall well being. An entry posted on the SELF Nutrition Data website listed the essential vitamins and minerals found in laver, which include:

Laver is an excellent source of iodine like any other seaweed, which makes it an ideal superfood against a host of diseases associated with iodine deficiency such as hypothyroidism, goiter, and mental retardation.

Laver is touted to fend off cancer as well. According to an Organic Facts entry, the anti-cancer agents found in seaweeds such as laver are known to reduce tumor growth and lower the odds of developing colon cancer, breast cancer, and leukemia.

The seaweed is shown to effectively sustain lower triglycerides and cholesterol levels too. This in turn promotes cardiovascular health, facilitates blood circulation, and cuts the risk of suffering from adverse cardiovascular conditions such as heart failure, atherosclerosis, and peripheral artery ailments. Likewise, the strong anticoagulant properties in laver are found to prevent blood clot formation and reduce the likelihood of stroke and thrombosis.

People suffering from various digestive issues may greatly benefit from consuming laver. The polysaccharides in laver are found to produce a prebiotic effect that fortifies the stomach walls against harmful bacteria. The seaweed is also shown to facilitate nutrient absorption and fat metabolism. This effect is especially beneficial in inducing healthy weight loss. Aside from this, seaweeds such as laver are known to contain potent anti-diabetic properties.

Moreover, laver is shown to possess antioxidant and antiviral properties that keep influenza at bay. The superfood also effectively rids the body of toxic chemicals, pollutants, and heavy metals such as lead and mercury. Laver is also known to promote hair health and fend off radiation poisoning, eye disorders, and various skin diseases.

Ways to use laver

Laver or nori is traditionally used in traditional Japanese cuisine. Likewise, people in the British Isles commonly harvest and dry the seaweed to make a baking agent for various pies and tarts.

An entry published on the Maine Coast Sea Vegetables website also noted that the seaweed can be dried and crumbled on top of soups, grains, and salsas as well as breakfast cereal, granola, and popcorn. The seaweed is a great addition to stir fries, fried rice, noodle dishes, and pasta as well.

Laver boosts both the cardiovascular profile and digestive tract.