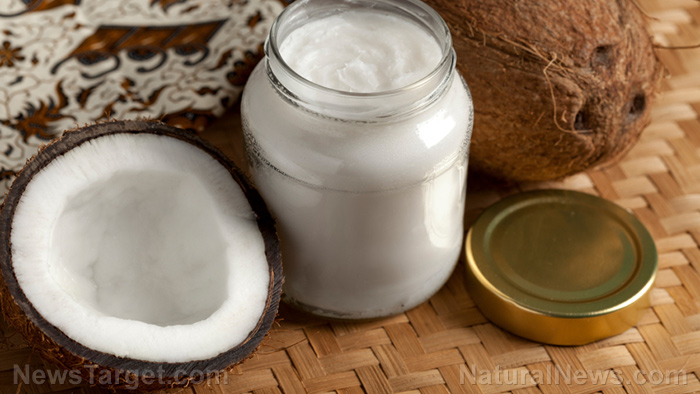 Lauric acid is naturally-occurring compound found in various animal and plant fats and oils, particularly in coconut oil and palm kernel oil. It is transported throughout the body via the lymphatic portal systems.

Being a medium-chain tryglyceride (MCT), or a fatty acid, lauric acid is characterized by a specific chemical structure that allows your body to absorb it whole, making it easily digestible in the sense that the body can convert it to energy as it would do to carbohydrates.

Coconut and palm kernel oil contain up to 15 percent MCTs, according to the New York University Langone Medical Center. People are cautioned to limit their intake of MCTs to be within the suggested five to seven teaspoons of oil per day, as set out by recommendations from the United States Department of Agriculture. 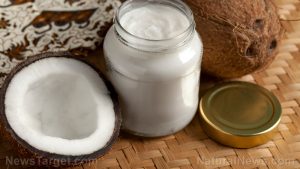 Lauric acid has antibacterial, anti-fungal, and anti-parasitic properties. It can treat methicillin-resistant Staphylococcus aureus (MRSA), which inhabits the nose and skin of people and animals, and which can cause pneumonia if left untreated.

It can also get rid of Listeria monocytogenes, which are usually acquired by eating contaminated food, and Helicobacter pylori, which grows in the digestive tract and attacks the stomach lining.

Lauric acid has antiviral properties. This is very evident in lauric acid’s competency in easing the symptoms of people who are suffering from human immunodeficiency virus (HIV) or acquired immune deficiency syndrome (AIDS). It is shown to slow down the progression of the virus, and is promising in its ability to stop the transmission of the virus from pregnant mother to child.

Lauric acid is good for the skin. People who are suffering from acne can use it as an alternative treatment to astringents.

Lauric acid may have a hand in regulating the body’s cholesterol levels. In an article in Nutrition Review, it was said that MCTs such as lauric acid can help prevent the onset of atherosclerosis, which causes plaque buildup in arterial walls due to high cholesterol levels in the body. In a separate article that was published in Metabolism in 2007, researchers said people who take MCT supplements instead of corn oil enjoy lower blood cholesterol levels.

Lauric acid is good for the reproductive system. It is said to treat chlamydia, which is one of the most common sexually-transmitted diseases and can easily be treated with antibiotics, although it can also be dangerous as it doesn’t show symptoms in the carrier and can cause severe damage to a female’s reproductive system if left untreated.

Lauric acid is good for the respiratory system. It eases the symptoms of bronchitis.

Lauric acid is good for the skin.

Lauric acid may have a hand in regulating the body’s cholesterol levels.