Kaposi sarcoma – causes, side effects and treatments at NaturalPedia.com 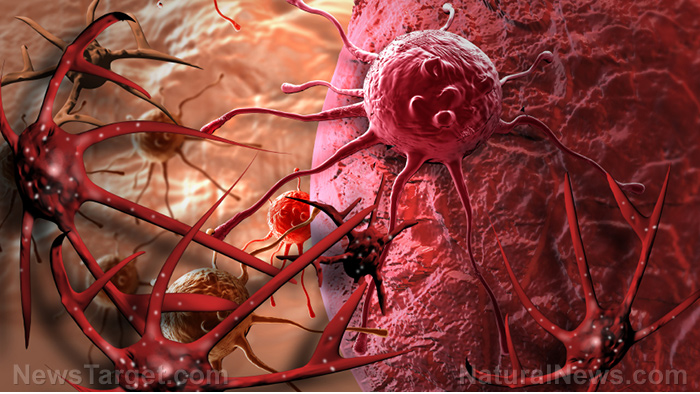 Kaposi sarcoma (KS) is a rare type of skin cancer characterized by patches of soft, purplish papules that form nodules in the lining of the mouth, nose, and throat, in lymph nodes, or in other organs. KS commonly occurs in older adults, or individuals with compromised immune systems such as those with AIDS.

KS is caused by the human herpes virus 8 (HHV-8) which may be transmitted by kissing. KS is named after the dermatologist who first described it in 1872, Dr. Moritz Kaposi. 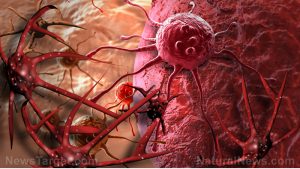 The abnormal cells of KS form purple, red, or brown blotches or tumors on the skin, called lesions. There are different types of KS which manifest in different ways, depending on the different populations it develops in.

The following factors can raise a person’s risk of developing KS:

KS was seen mainly in older Italian and Jewish men, and sometimes older women. The tumor developed quickly in people with HIV/AIDS, and may also involve the:

Food items or nutrients that may prevent Kaposi sarcoma

The following food items are excellent sources of nutrients essential for skin healing, particularly when ravaged with cancer such as KS:

While many forms of KS may result in death, it is also curable as long as the patient’s immune system is healthy. However, people already suffering from AIDS and developing KS at the same time generally don’t survive for long.

Individuals with lesions on several areas of the body usually need to be treated with radiation therapy, while those who developed an aggressive form of the disease, but still have a normal immune system, frequently do well when treated with chemotherapy drugs and/or interferon-alpha medications.

In addition to conventional treatments, there are also natural remedies that may help treat skin cancer, which include:

Kaposi sarcoma is a rare type of skin cancer. Patients develop patches of soft, purplish papules that form nodules in the lining of the mouth, nose, and throat, in lymph nodes, or in other organs.

Kaposi sarcoma commonly occurs in older adults, or individuals with weakened immune systems such as those with AIDS.

Kaposi sarcoma is caused by the human herpes virus 8.