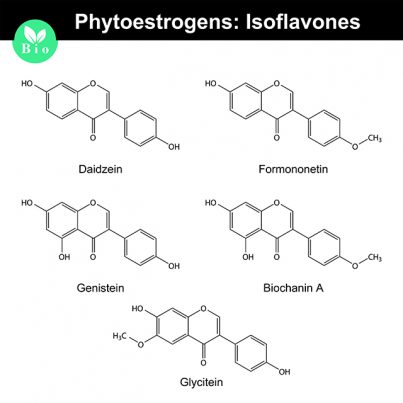 Isoflavones are plant-based flavonoids which closely resemble estradiol, marking them as phytoestrogens even if these compounds are not in themselves steroids. Isoflavones, therefore, are secondary vegetable substances which offer protective and managerial functions. These phytoestrogens have a significantly decreased impact compared with actual estrogen hormones, but their structures are similar enough to induce partial agonist or antagonist effects. For the most part, nutritionists use isoflavones for their synergistic properties, as they tend to augment the efficacy of other amino acids and flavonoids.

Isoflavones are found in almost all plant foods, but are at their highest concentrations in soybeans. They can also be found in beans, peas, nuts, grain products, coffee, and green tea. 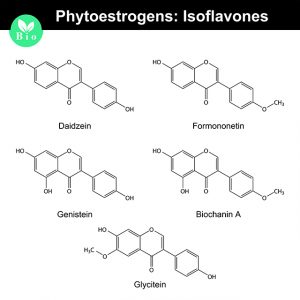 Isoflavones may also be used to decrease low-density lipoprotein cholesterol and triglyceride levels. A study made in 2005 concluded that soy proteins containing isoflavones significantly improved participants’ lipid profile. These effects were seen in subsequent studies, which proved to nutritionists the powerful negating effects of isoflavones.

Research has further suggested the potency of isoflavones in breast cancer protection. Women who are menopausing are at an increased risk of developing conditions related to fluctuating estrogen levels, including tumor growth. While studies do conflict on how much isoflavones (or conversely, estrogen) are needed to mitigate the risk, all evidence point to balancing hormone levels. Nutritionists tend to err towards using isoflavones instead of synthetic estrogen because they present less risk and come from natural sources. Overall, increasing one’s intake of isoflavones generally improves overall mortality among breast cancer patients.

On a managerial level, isoflavones can benefit those who have irregular menstrual periods. Soy isoflavones modulate proper ovulatory function without having negative effects or impacts on fertility.

Isoflavones can also be maximized to improve quality of life for postmenopausal women.

Isoflavones manipulate the function of all systems dependent on estrogen levels. As such, they are highly associated with the female reproductive system though this does not suggest that they are not useful for men too. Some botanical analyses conclude that isoflavones may prevent the onset of prostate cancer as well.

Isoflavones are phytoestrogens. While they are not steroids, they do offer the same effects as common estrogen replacement therapy. They are typically used to treat conditions associated with a lack or excess of estrogen.