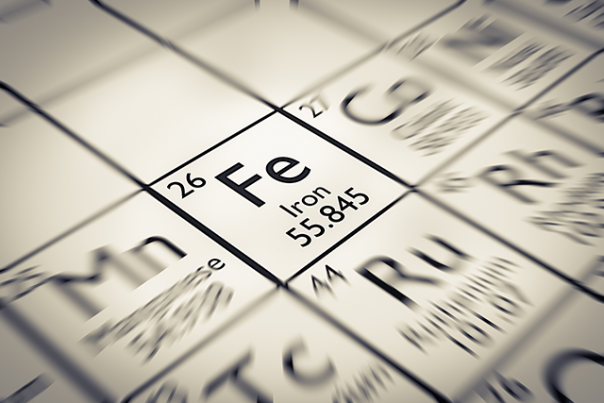 Iron is an essential mineral that is necessary for human life and is found in the body’s red blood cells, which distribute oxygen-rich blood throughout the body. It is a chief ingredient in producing adenosine triphosphate, which is the body’s main energy source. Iron has its storage places in the liver, bone marrow, muscles, and spleens.

Iron is also a silvery-gray to black, soft and ductile metal, which means it can be deformed without it losing its quality. It is also available in powder form.

Iron has no adverse effects on the liver, as long as it is taken at the recommended daily dietary allowance. Iron causes detrimental toxicities – one of which is acute liver damage – in high doses.

Acute iron overdosage takes on four stages. During the first stage, which happens up to six hours after ingestion, the patient mostly vomits a lot and experiences a bout of diarrhea. The patient can also suffer from hypotension (or low blood pressure which is less than 90/60), tachycardia (a heart rate that exceeds normal resting rate), and central nervous system depression that can lead to decreased rate of breathing, decreased heart rate, and the loss of consciousness possibly leading to a coma.

The final phase, which may happen several weeks after ingestion, is characterized by gastrointestinal obstruction and liver damage. Around 75 milligrams per kilogram (mg/kg) of iron is already a dangerous dose for a young child. A 180 mg/kg dose can kill a person. Also, a peak serum iron concentration of five micrograms or more per milliliter can cause severe poisoning.

A person with acute iron poisoning can be treated via inducing vomiting. Repeated phlebotomy can take out as much as 20 grams of iron per year.

However, since iron is important in blood production in the body, a deficiency of it can bring about iron-deficiency anemia. According to the third National Health and Nutrition Examination Survey that covered the years 1991 to 1994, around five percent of children between the ages of one and two in the United States are found to be iron-deficient.

This means that low-birth babies have less iron stores than full-term infants, so that iron stores are depleted earlier, often by two to three months of age. Iron deficiency is critical between the ages of six months and two years.

People who have iron deficiency are usually anemic – the presence of microcytic hypochromic red blood cells (which can be caused by lead toxicity, hemoglobin E disorder, chronic disease, or a blood disorder called thalassemia) is indicative of iron deficiency. Another sign of iron deficiency is low serum ferritin.

Other negative effects of iron deficiency includes inmpaired mental development, a weak immune system, and an increased vulnerability to lead and cadmium toxicity.

Iron can also be used in metallurgy and as a chemical catalyst in chemical manufacture. The most obvious way to make iron is through the blast furnace, which is a large, countercurrent chemical reactor that looks like a vertical shaft with a circular cross section.

Chemcial iron exposure has been the cause of more than 1,700 deaths among 8,147 men and 627 women who were working in a gray iron foundry in the United States for at least six moths between 1950 and 1979. 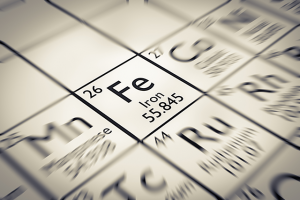 Iron is good for the immune system. It strengthens the ability of our body to fight against disease-carrying bacteria and viruses, leaving us healthy and disease-free.

Iron is good for the nervous system. Consistent intake of this nutrient can sharpen one’s cognition skills.

Iron is good for the immune and nervous systems.