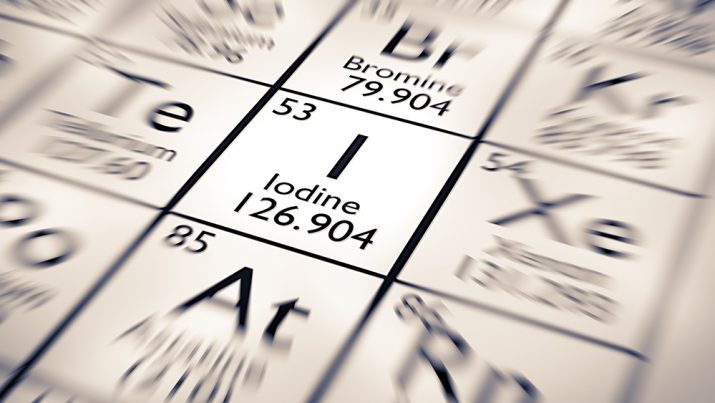 Think of iodine as the fuel your thyroid glands need to function. When you imagine your body as a machine, you’d undoubtedly describe the thyroids as the engine. These glands play several crucial roles for optimum well-being, the most important being that it allows proper hormone production. But as with any well-oiled machine, your thyroids need a lubricant, or, rather, an energy source.

Sixty percent of all iodine in the body is stored in the thyroid gland. The rest is distributed throughout the body, with more stored around the ovaries, muscles, and blood. The essential trace mineral is needed for normal development and growth.

Deficiencies in iodine can result in hypothyroidism which is characterized by sluggishness or fatigue, weight gain, sensitivity to temperature changes, and dry skin, among others. Because iodine plays such an important role in hormone synthesis, women are more prone to conditions concerning their thyroid than men. In severe cases, women can develop an extremely large thyroid, which is then called a goiter.

Conversely, it is estimated that there are around one billion people in developing countries who suffer from an iodine deficiency. 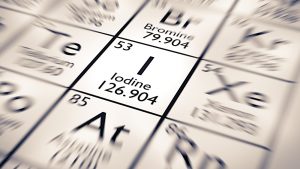 Iodine is needed for proper thyroid function and growth. Even so, the mineral can be taken as a supplement to address the following conditions:

Several medical reviews have stated that iodine dosages of more than 2,000 miiligrams a day is extremely dangerous. Patients suffering from kidney disorders or tuberculosis should consult with their medical practitioner before taking any form of iodine supplement. Pregnant women and nursing mothers as well are told to be cautious about their iodine intake and should only consume specifically prescribed doses. Take note too that each person reacts differently to the same levels of iodine so constant monitoring is suggested.

Iodine is the peanut butter to the thyroids’ jam. The trace mineral is essential for proper hormone production. Consequently, all body systems are supported by iodine.

Iodine is needed by your thyroid gland to function. The trace mineral allows for proper hormone synthesis and thus plays a vital role in several bodily processes.