Infant botulism – causes, side effects and treatments at NaturalPedia.com 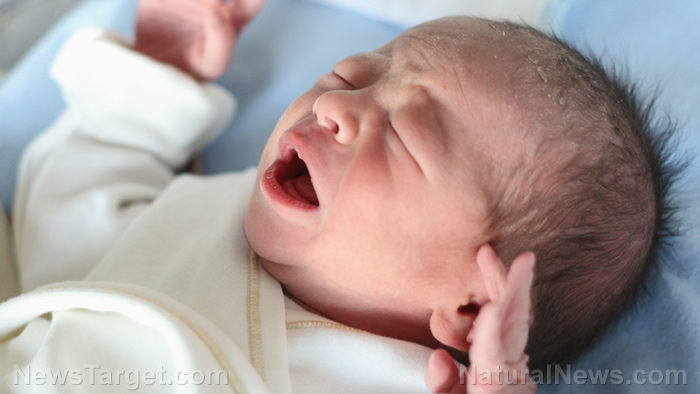 Infant botulism is a rare illness that can occur when a baby ingests Clostridium botulinum bacteria that produce a toxin inside the body. The toxin disrupts the normal interaction between the muscles and nerves and can hinder an infant’s ability to move, eat, and breathe. The spores of Clostridium botulinum bacteria can be found in dirt and dust. They can also contaminate honey, which is why honey should not be given to babies younger than one year old. Infant botulism affects less than 100 infants each year in the U.S. 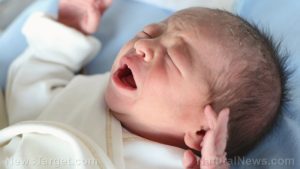 Known side effects of infant botulism

One of the most common side effects of infant botulism is constipation. Then, it is followed by neuromuscular paralysis, starting with the cranial nerves and advancing to peripheral and respiratory systems. These can cause the child to have a drooping or falling upper eyelid, extraocular muscle palsies, extraocular muscle palsies, weak cry, poor suck, reduced gag reflex, pooling of oral secretions, poor muscle tone (floppy baby syndrome), and an expressionless face.

The body systems harmed by infant botulism include the digestive system, nervous system, muscular system, and the respiratory system.

List of foods or nutrients that prevent infant botulism

Foods that may help prevent or treat infant botulism include garlic, ginger, yogurt and fenugreek seeds, apple cider vinegar, and milk thistle. Nonetheless, there are certain foods that should not be given to babies to avoid infant botulism. These include honey and canned foods.

The main treatment for infant botulism is botulism immune globulin. In addition, the patient must receive supportive care during as they recover. This includes ensuring proper nutrition, keeping the airway clear, and watching for breathing problems. If breathing problems occur, breathing support may be need.

Infant botulism is caused by Clostridium botulinum bacteria that produce a toxin inside the body.

Infant botulism can be prevented by not feeding the baby with honey and canned foods.

Infant botulism can be treated with botulism immune globin and supportive care.