Hypospadias – causes, side effects and treatments at NaturalPedia.com 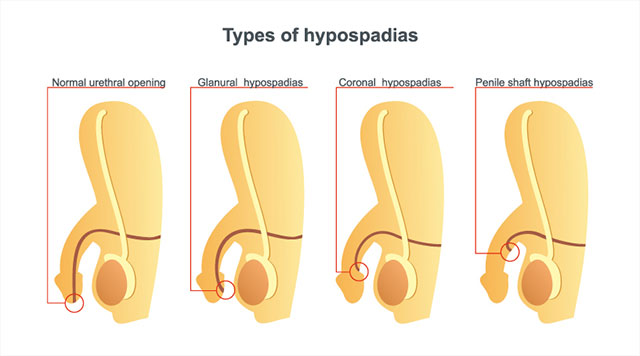 Hypospadias is a congenital disorder wherein the opening of the urethra (meatus) is not located on or near the tip of the penis (glans). The urethra is the tube through which urine travels from the bladder and to the outside of the body.

This condition is one of the most common congenital disabilities among boys. According to the Centers for Disease Control and Prevention (CDC), as many as 5 out of 1,000 boys born in the United States each year have hypospadias. 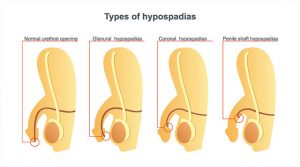 Known side effects and risk factors of hypospadias

Hypospadias has no known causes, though it’s believed that a number of factors can predispose a baby to this condition. Many of these factors lie in the mother, namely:

The primary characteristic of hypospadias correspond with the main types, which are:

In addition to the varying locations of the urethral opening, hypospadias is also distinguished by chordee, the condition in which the glans either curves upwards or downwards. Usually, only the more severe forms of hypospadias have chordee. The other symptoms of hypospadias can include the foreskin having hooded appearance due to not developing on the underside of the penis, and one of the testicles not fully moving down the scrotum.

Without treatment, hypospadias can cause great difficulties with the genitals. For one, passing urine will become increasingly difficult as the child grows other. They won’t be able to direct their streams of urine towards urinals, meaning that the affected person will most likely have to sit on a toilet to pass urine without too much of a mess or challenge.

Those who also have chordee in addition to hypospadias will have problems with sexual intercourse. Others will find the act impossible to perform at all. Moreover, some men who had their hypospadias surgically corrected in childhood have reported experiencing slight difficulties achieving erections or prematurely ejaculating. These can, in turn, contribute to psychological issues revolving around how “difficult” the affected person is from other men.

Food items or nutrients that may prevent hypospadias

Because obesity is one of the risk factors for hypospadias, pregnant mothers should strive to maintain a healthy weight while carrying. This entails moderate exercise and making wise food choices, such as:

The mildest forms of hypospadias don’t always require surgery, while the most extreme ones do. Surgery is typically done in one operation or multiple stages while the boy is between three to 18 months of age. The goal of surgery is to correct the positioning of the urethra and to make the penis appear as normal as possible. Avoid having the baby undergo circumcision before surgery, since the extra skin from the foreskin may be used to rebuild the urethra or increase its length.

Hypospadias is a birth defect wherein the opening of the urethra is located on the head, penile shaft, or scrotum instead of the tip of the penis. Boys who have this condition may also experience curvatures of their penis. Hypospadias can cause great difficulty while urinating or problems during sexual intercourse. This condition can be treated with surgery, which is usually administered while the baby is between 3 to 18 months old.

Obese mothers are more likely to have sons with hypospadias. Pregnant women can maintain healthy weights by choosing a variety of nutritious foods while staying away from those that are high in fat, salt, and sugar.