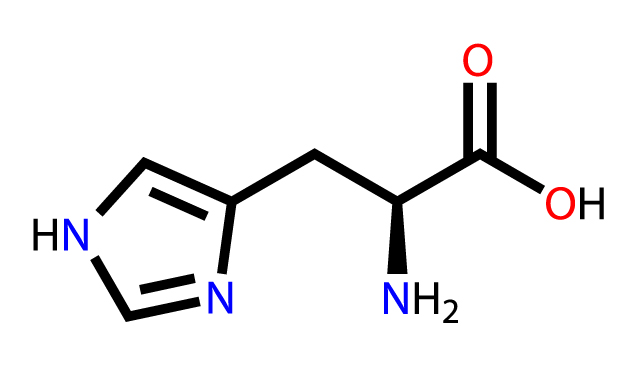 Histidine is an amino acid that was simultaneously discovered by two independent researchers in 1896. The first researcher, named Albrecht Kossel, obtained the amino acid through the precipitation of  mercuric chloride from an alkaline solution that contained a protamine hydrolysis product called sturine.

On the other hand, the second researcher Sven Hedin was able to produce the amino acid by obtaining the precipitate of a hydrolyzed protein treated with silver nitrate and ammonia.

According to the Amino Acids Guide website, histidine is classified as a semi-essential amino acid. This means that adults are normally able to produce it, but children may not. The amino acid is also noted as a precursor of histamine.

Corn, rice, and peanuts contain significantly high levels of histidine. Seeds, soy products, eggs, and dairy are also excellent sources of the amino acid, according to a SELF Nutrition Data entry. Other sources of histidine include red meat (such as pork, beef, and veal), poultry products and various types of seafood. 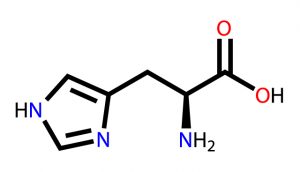 Histidine is an important amino acid that facilitates the absorption and regulation of various trace elements such as iron, copper, molybdenum, zinc, and manganese. The amino acid also plays an important role in the production of metal-bearing enzymes and compounds. It also plays an essential role in protein formation and is found to influence several metabolic processes in the body.

Histidine is vital to overall blood circulation too. The amino acid serves as the building blocks of many molecules containing iron, and is essential in the transfer of oxygen across the systems in the body. Likewise, the amino acid helps bolster energy production and eliminate heavy metals from the body.

The amino acid aids in balancing the body’s pH balance as well, which in turn promotes wound healing, regulates the body’s growth and natural repair mechanisms. According to the Amino Acid Studies website, histidine deficiency leads to disruptions in growth processes and delayed development and regeneration of tissues.

In addition, histidine is shown to play a role in the formation of the myelin sheath. This protective sheath is known to surround all nerve cells and prevent the onset of damage. This means that histidine helps reduce the risk of certain degenerative disorders such as Alzheimer’s disease and Parkinson’s disease. Likewise, the amino acid is touted to protect the cells against the harmful effects of radiation.

Moreover, histidine is found to facilitate the synthesis both red and white blood cells. This, in turn, promotes and fortifies the body’s defenses against a host of infections. The amino acid also contains strong anti-inflammatory properties that help relieve arthritis and address symptoms of allergic reaction.

Histidine is also highly valued for its heart-healthy benefits. The amino acid is shown to relax the blood vessels and lower blood pressure levels. This lowers the risk of suffering from various cardiovascular disorders such as arteriosclerosis and heart attacks. Daily histidine consumption is known to reduce the risk of these conditions by more than 60 percent.

Histidine mitigates the risk of both Alzheimer’s disease and Parkinson’s disease.