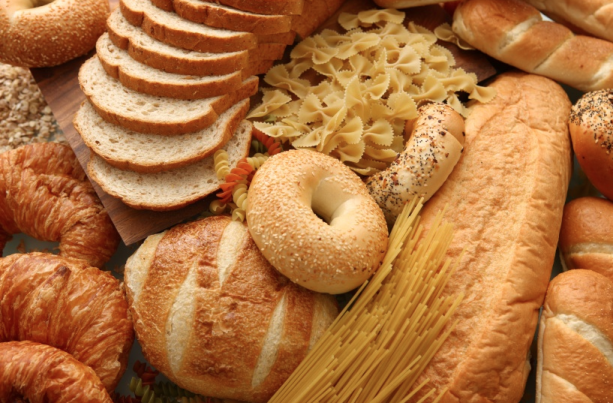 Gluten is the general term for the naturally occurring proteins found in the endosperm of cereal grains like wheat, rye, and barley. This substance has two primary purposes: one is to nourish the plant embryos during germination, the other is to act as a glue and help certain foods maintain their shape. The name “gluten” is a reference to the glue-like quality of wet dough.

Gluten is oftentimes present in the ingredients that go into pastas, breads, crackers, spice mixes, and seasonings. In addition, gluten can be found in cracked wheat, barley malt, chicken broth, malt vinegar, and couscous as well.

While considered a protein, gluten is made up of two different kinds of protein: glutenin and gliadin. Glutenin is a glutelin protein that is responsible for the elasticity and strength of dough, while gliadin is a prolamin protein that gives bread the ability to rise during baking. Gliadin is believed to be the primary cause of the numerous negative health effects associated with gluten. 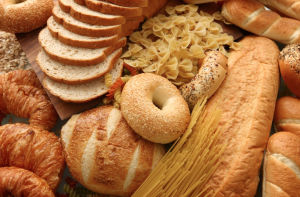 Harmful effects that can be caused by gluten

Gluten is harmless for the most part. However, certain individuals are sensitive to gluten. For those with gluten intolerance, their immune systems will usually mistake gluten for a foreign invader once it reaches the digestive tract. Their immune systems will then attack the gluten and digestive tract enzymes known as tissue transglutaminase. This will result in intestinal wall degeneration and make the affected person more susceptible to nutritional deficiencies, anemia, digestive problems, and chronic diseases.

The most extreme form of gluten intolerance is Celiac disease, a serious, hereditary autoimmune disorder that can develop at any age following gluten consumption. This disease affects one percent of the population, but over 80 percent of people with this condition are unaware that they have it. If left undiagnosed and untreated, Celiac disease can give away to serious health problems like early onset osteoporosis, lactose intolerance, pancreatic insufficiency, gallbladder malfunction, neurological deficiencies, and infertility. Currently there is no known cure for Celiac disease. All that can be done for individuals with this disease is to have them adhere to a strict, gluten-free diet for the rest of their life. In lieu of cereal grains, they are encouraged to replace these foods with:

Gluten has been found to be troublesome for people suffering from wheat allergies and irritable bowel syndrome (IBS). In the case of the latter, placing patients on gluten-free diets have been found to greatly benefit those with IBS.

Gluten harms the digestive and immune system: among those who suffer from gluten intolerance, this protein can force the immune system into overdrive and cause it to attack and damage the digestive system. This can, in turn, lead to issues with other parts of the body, such as the brain and skin.

Gluten is a protein that can cause a score of health issues among certain people. Those with Celiac disease and non-celiac gluten sensitivity are the ones most at risk of gluten consumption, as gluten can cause them to experience digestive, immune, skin, and neuronal illnesses. People with wheat allergies and irritable bowel syndrome can be negatively impacted by gluten as well.