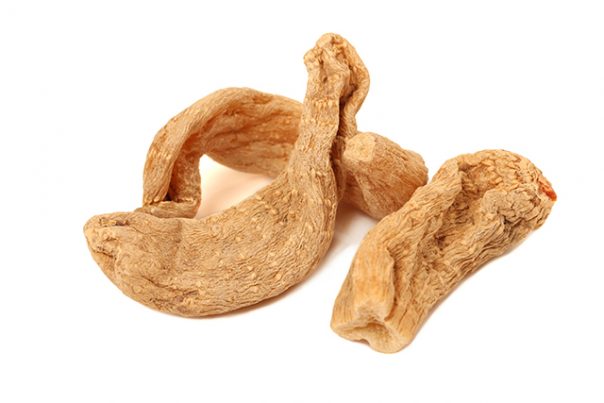 Gastrodia is the tuberous root of gastrodia elata, an orchid-like plant that is a staple in traditional Chinese herbal medicine. The plant is native to the far east including China, Tibet, Korea, and Japan. An article posted on the Acupuncture Today website noted that the plant requires the help of two organisms to survive: the armillaria mellea mushroom to maintain the maturation and growth of the tubers and the mycena osmundicola fungus to sprout the seeds. The plant suffered exploitation during the past decades, prompting the International Union for Conservation of Nature to list it as a vulnerable species. 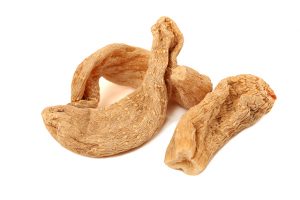 Gastrodia contains powerful constituents that promote the body’s overall well-being. According to the Herbpathy website, these components include:

Gastrodia is commonly used in traditional Chinese herbal medicine as a remedy for various nervous system diseases. According to the Chinese Herbs Healing website, gastrodia effectively relieves headaches, dizziness, numbness, and pediatric convulsions as well as cerebral arteriosclerosis and neurasthenia. The plant is usually combined with other medicinal herbs to help alleviate seizures.

The herb is commonly incorporated with unbcaria, abalone shell, and achyranthes to treat vertigo and migraines. The plant is also commonly combined with pinellia and citrus peel to address chest tightness stemming from phlegm accumulation. Likewise, the plant is added to myrrh and deer musk to alleviate chronic pain and limb paralysis.

Gastrodia is known to regulate the body’s temperature and relieve extreme heat. It is also used to address more serious conditions associated with excess heat such as high fever and heat toxicity-related spots. The plant’s high polysaccharide content is also found to bolster the body’s immunity against a host of infections. The herb’s extracts can be used as a remedy to tetanus.

Extracts obtained from gastrodia are found to improve sleep duration and inhibit the onset of epileptic attacks as well. The plant also exhibits positive effects on the body’s cardiovascular profile. The herb is touted to reduce the resistance of peripheral vessels, cerebral vessels, and the coronary artery. Gastrodia is known to lower blood pressure too. In addition, the plant is shown to slow down heart rate, relieve pain, and reduce inflammation.

Moreover, the plant is valued for its strong anti-inflammatory effects that alleviate numbness and pain in the lower back and extremities. The plant is commonly used in traditional Chinese herbal medicine as a remedy to arthritis, rheumatism, sciatica, and stroke-related impairment of hands, feet, and limbs.

Gastrodia is also highly effective in mitigating the onset of Alzheimer’s disease, Parkinson’s disease, and brain stroke. The plant helps relieve a variety of liver diseases as well. The herb also possesses potent antispasmodic properties that address asthma and cramps.

Gastrodia is best known for its beneficial effects on the central nervous system. Likewise, the plant is notably effective in maintaining a healthy respiratory tract and boosting the body’s overall immunity. The herb is also found to support the heart and the circulatory system.  Gastrodia improves the health of the bones and joints too.

Ways to use gastrodia

The plant’s tubers are widely used in folk medicine. Raw and dried tubers can be commonly found in some specialty stores and Asian markets. Likewise, gastrodia can be processed into powder or essential extracts to treat a host of diseases.

Gastrodia is particularly beneficial to the central nervous system.

Gastrodia also supports the heart, the bones, and the joints.